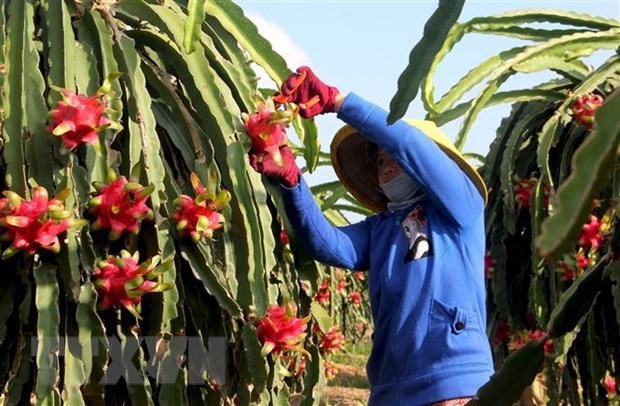 According to news agency ANI, ambassador Pham Sanh Chau was speaking at a virtual seminar, where he appealed to India to open its market and simplify the administrative procedures for greater access. The ambassador also called on India to remove tariff and non-tariff barriers for other Vietnamese fruits, including longan, grapefruit, durian, and rambutan.

Why is dragon fruit important for Vietnam?

Dragon fruit accounts for nearly $450 million in exports for Vietnam each year and the country’s appeal to India, one of the world’s largest markets, to open up for the commodity should not be a surprise. At the moment, China, Indonesia, and Thailand are the three largest markets for Vietnam for selling dragon fruit. The country, however, is also aiming at New Zealand, Australia, and Chile apart from India to sell the egg-shaped fruit. India also produces dragon fruit in states like Tripura, Maharashtra, Karnataka, and West Bengal.

Pham Sanh Chau was speaking at the seminar “Fruits and food: New trade opportunities for Vietnam and India” held last week as part of the India-Vietnam Business Forum 2020 framework. As per the report, more than 100 businesses attended the virtual seminar organised by the Vietnamese embassy in India in association with relevant organisations such as the Indian Importers Chambers of Commerce and Industry (IICCI). The event was also attended by Shubhra, Trade Adviser at the Ministry of Agriculture and Farmers’ Welfare.

India is fully capable of providing many types of fruits and agricultural products that Vietnam is importing from across the world, such as pomegranates, grapes, wheat, and cotton. Vietnam is striving to become an agro-processing centre by 2030, this goal can help the two countries to develop stronger and more meaningful cooperation,” Shubhra was quoted as saying by ANI.

This article was originally published in Republic World

Administrator - 21 September, 2020 0
Ho Chi Minh City is ready to receive foreign arrivals in the coming time according to directives by the Prime Minister and the National Steering Board of Covid-19 Prevention and Control.

Drunk driving thrives in Vietnam because few pay the price

Administrator - 18 March, 2020 0
Typically, law enforcement and self-discipline would ensure people do not drive under the influence. Vietnam’s not typical.