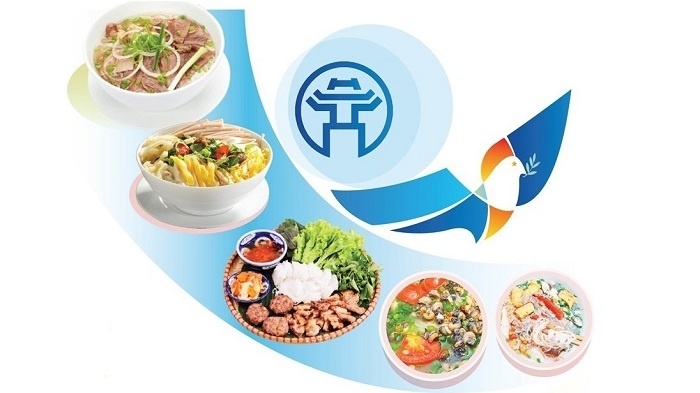 While Vietnam is praised by many international tourists as the kitchen of the world, Hanoi is the typical representative and features many special dishes that have been applauded by famous international media channels, such as ‘pho’ (noodles with beef or chicken), ‘bun cha‘ (rice noodles with grilled pork), ‘bun rieu’ (noodle with freshwater crab), ‘banh tom’ (deep fried shrimp pancakes), and ‘cha ruoi’ (sandworm omelette).

As such, a gourmet can easily find the right addresses to enjoy the authentic taste of the dish that the place is famous for. This fact has led to the suggestion of building a food travel map in Hanoi.

The food travel map needs to provide detailed suggestions and instructions about the typical dishes of the capital and where to eat them. These are not only practical suggestions for domestic and international tourists to explore Hanoi’s cuisine but also to contribute to advertising the interesting dining experiences and excellent cuisine of Hanoi to travellers.

A study of the World Food Tourism Association (WFTA) has revealed that up to 81 percent of international visitors want to explore the local cuisine at their destinations and are willing to spend an average of 25 percent of their travel budget on food.

Up to 81 percent of international visitors want to explore the local cuisine at their destinations (Photo: hanoimoi.com.vn)

This means that the attractiveness of the destination’s cuisine is an extremely important factor in attracting tourists and increasing their spending during their trip. If it can highlight the attractiveness of the capital’s cuisine, the food travel map will become an effective advertising channel to lure more tourists to Hanoi, especially in the context that Vietnam officially reopened international tourism on March 15.

According to experts, Hanoi’s food travel map should to be built with consultations with chefs’ societies and culinary experts who can help to provide the most accurate and detailed selections and recommendations for the list of Hanoi’s typical dishes and places to enjoy them. The map should also be available in multiple languages to serve food lovers from different markets.

Culinary tourism has recently received certain attention from travel agents, but cuisine of Vietnam and Hanoi in particular has simply been introduced through food festivals and programmes, while cuisine itself is not yet seen as a tourism product.

Once it is completed, the map will create a foundation for travel businesses to develop new tours linking the destination and the gastronomy of the place.

Such tours should also introduce food travellers on the selection of ingredients, the cooking process, and the story behind the dishes in order to draw their attention and interest.

It can be said that cuisine is potential area to further develop Hanoi’s tourism. In addition to build paper travel food map, it is also necessary to develop a digital version which allows food travellers to post photos, feedback and reviews. This is an effective way to turn visitors into cultural ambassadors to promote Hanoi cuisine, thereby attracting more tourists from at home and abroad to the capital city.