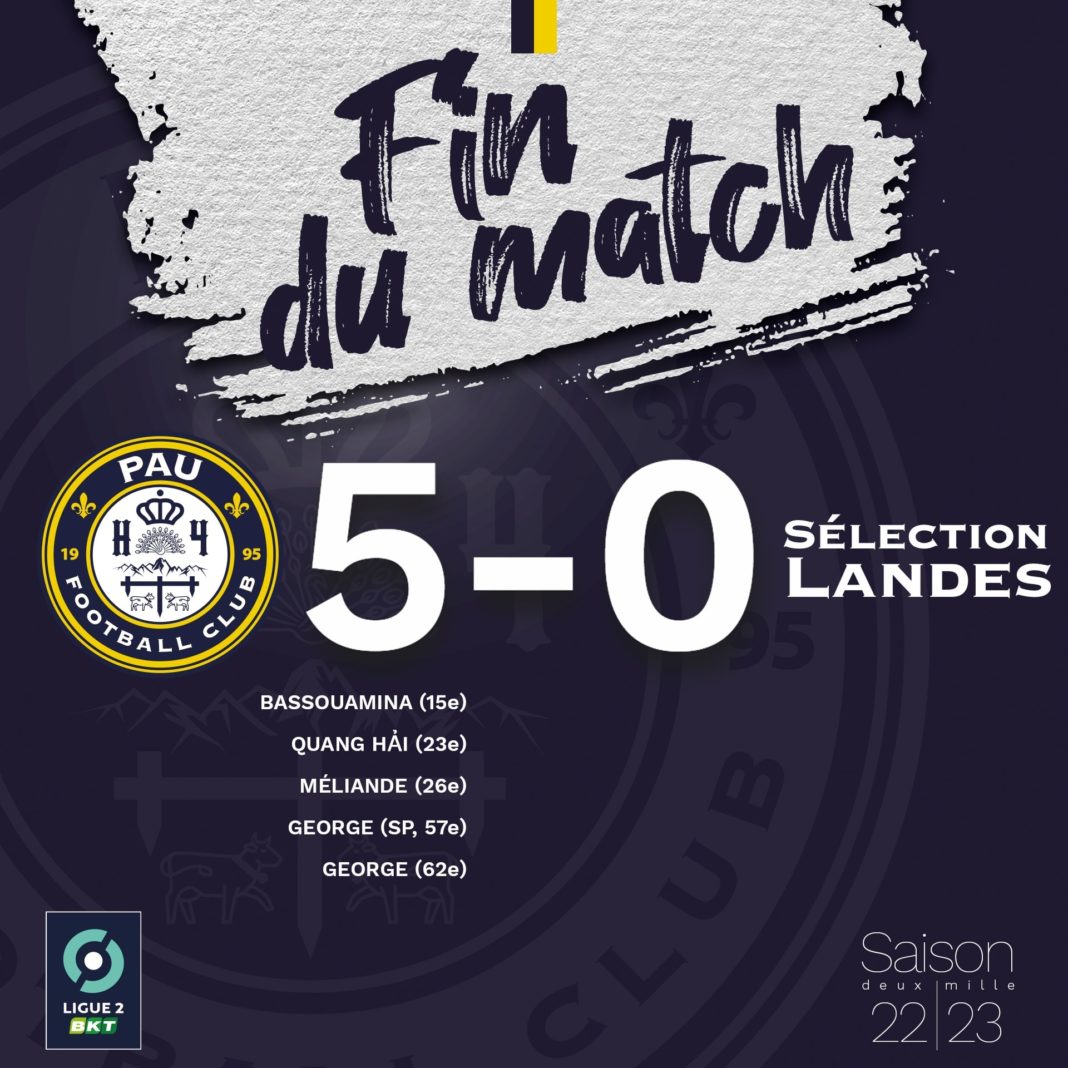 Seizing the opportunity, the Vietnamese player netted with a kick with the inside of his foot in the 23rd minute to widen his team’s lead to 2-0.

In addition, coach Tholot assigned Hai to take free kicks though he made no difference in such three chances.

During the match, Hai was not only appreciated for his attack but also impressed with his ability to support defense.

In order to provide opportunities for rookies, coach Tholot withdrew Hai after the end of the first half.

In the second half, Pau FC continued showing their superiority with two more goals to round off a 5-0 victory.

This is Hai’s very first appearance in Pau FC’s No. 19 jersey after officially joining the roster of the French club on June 29.

Pau FC are scheduled to play the next friendly match against Toulouse FC, which secured promotion back to France’s top flight Ligue 1 at the end of last season, on July 12.