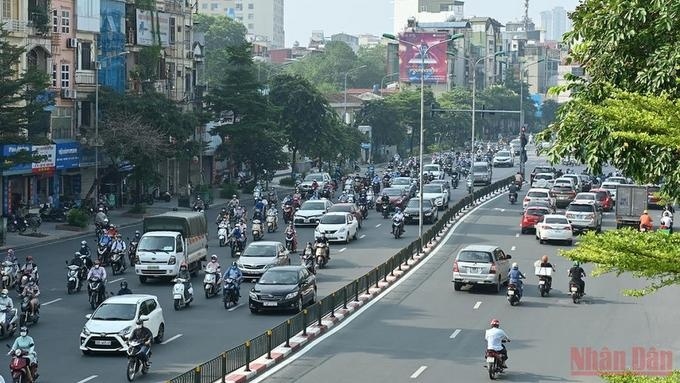 There were also more personal cars this morning than the same time last week.

At 8am, vehicles were still crowded waiting for the signal lights on Hang Bai Street.

A traffic participant is recording images of the bustling streets.

Since 7am, a barber in Thai Thinh Street has worked non-stop. Many guests were still waiting outside for their turn.

Many stores of sanitary ware and building materials on Cat Linh Street began to open again.

A temporary market on Nguyen Van To Street was also more crowded this morning.

Domestic production of Covid-19 vaccine must be realized: PM

Administrator - 25 February, 2021 0
Through thousands of years of changes in fashion, ao dai, the Vietnamese traditional long dress, has retained its proud position. Carrying the cultural traits through ages, ao dai has become a cultural symbol showing the Vietnamese identity.