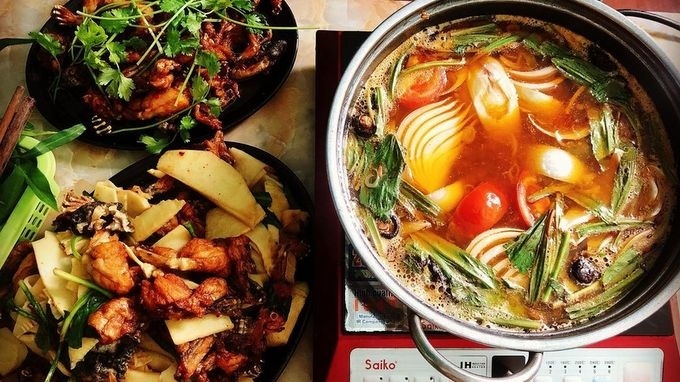 The frog hotpot is rather on the spicy side. It is much more labour-intensive to make, as the animal has to be carefully butchered and only a few of the cuts qualify for the honour of the boiling pot.

The meat is deeply marinated and, as typical with other frog dishes, later half cooked with bamboo sprouts.

Diners will dip the ingredients in the pot. A fine frog hotpot has a rich, deep and spicy flavour.

The aroma is nose bleeding and the meat can hardly ever overcook. It serves with water spinach and sliced bamboo sprouts.

Administrator - 18 March, 2020 0
NDO/VNA - Arriving in Hanoi in the hot summer, a lot of Hanoians will recommend you go straight to Trang Tien street to get an ice cream. The popular ice cream has become a specialty the city after more than 60 years of sales.

Administrator - 18 March, 2020 0
We know that meat contains a number of important nutrients that are needed by our bodies for carrying out vital metabolic functions and provide us with energy and keep us healthy. Therefore, meat is one of the most popular foods in our diets.