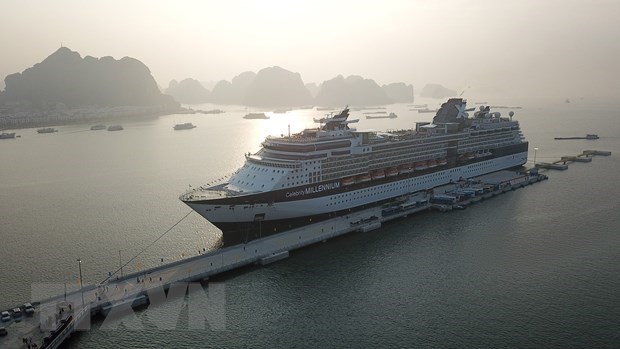 Quang Ninh (VNA) – The tourism sector in the northeastern province of Quang Ninh is witnessing rapid changes with an increasing number of luxury accommodation establishments and international-standard entertainment complexes and improved tourism services.

The figure showed that Quang Ninh’s tourism sector has witnessed strong changes and is entering a period of sustainable development with the accompanying of strategic investors.

With a wide range of tourism potential, Quang Ninh had defined tourism as a spearhead economic sector and earmarked resources for building strategic planning schemes.

To date, the province has completed an overall tourism development plan until 2020 with a vision through 2030 with consultancy from the US-based Boston Consulting Group (BCG).

The plan focuses on dealing with seven issues to boost the development of tourism in Quang Ninh, set out orientations for tourism development in four areas and put forth eight groups of solutions.

With the aim of sustainably developing tourism in a professional, modern and effective direction to turn it into a spearhead economic sector with a growing proportion in the province’s gross regional domestic product (GRDP), Quang Ninh worked out breakthrough strategies in investment attraction, tourism infrastructure construction, personnel training and management policies in a bid to well address arising issues.


Quang Ninh province is now home to 1,379 accommodation establishments with a total of 25,488 rooms, of which 60 are three-star, four-star or five-star hotels.

Director of the provincial Department of Tourism Pham Ngoc Thuy said the presence of strategic investors have given a facelift to Quang Ninh in terms of infrastructure and services.


The number of tourists to Quang Ninh has been on the rise with new sources of visitors from different countries and territories around the world such as Japan, Hong Kong (China), the United Kingdom, France, Germany and the United States.

In the first 10 months of 2019, Quang Ninh welcomed more than 11.7 million visitors, up 10 percent year-on-year and equivalent to 84 percent of the yearly target. Of the figure, 4.2 million are foreign holidaymakers, up 4 percent from the same time last year.

The province earned 23.8 trillion VND (1.02 billion USD) from tourists, a year-on-year rise of 22 percent, or equivalent to 88 percent of the yearly goal./.

Closure of tourist sites due to epidemic in Hanoi grieves tour...

Administrator - 25 May, 2020 0
The Hanoitimes - According to recent statistics from the Hanoi Department of Tourism, the number of arrivals to the city was 2.4 million in January, slightly down 3.5% year-on-year.