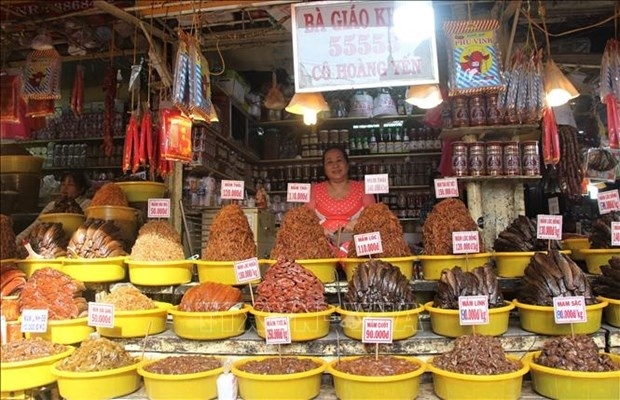 The event aims to promote and introduce typical products along with diverse and rich culinary specialties of An Giang and the traditional cultural beauty of the four ethnic groups of Kinh, Khmer, Cham, and Hoa living in An Giang.

The festival will also feature the promotion of the Mekong Delta region’s "Chau Doc fish sauce" brand to both domestic and foreign tourists.

Businesses from inside and outside the province are expected to join the festival with a scale of 150-180 booths.

According to Vice Chairman of the An Giang Provincial People’s Committee Tran Anh Thu, the festival is also expected to create an opportunity to expand cooperation and exchange in the field of trade – tourism as well as investment between An Giang Province and other provinces and cities across the country.

Administrator - 20 January, 2021 0
NDO – Three photos capturing Vietnam’s natural landscapes have been listed in the top 50 finalists in a nature-based photo contest by Agora, a free-to-use photography and social platform that boasts a community of more than 3.5 million users worldwide.