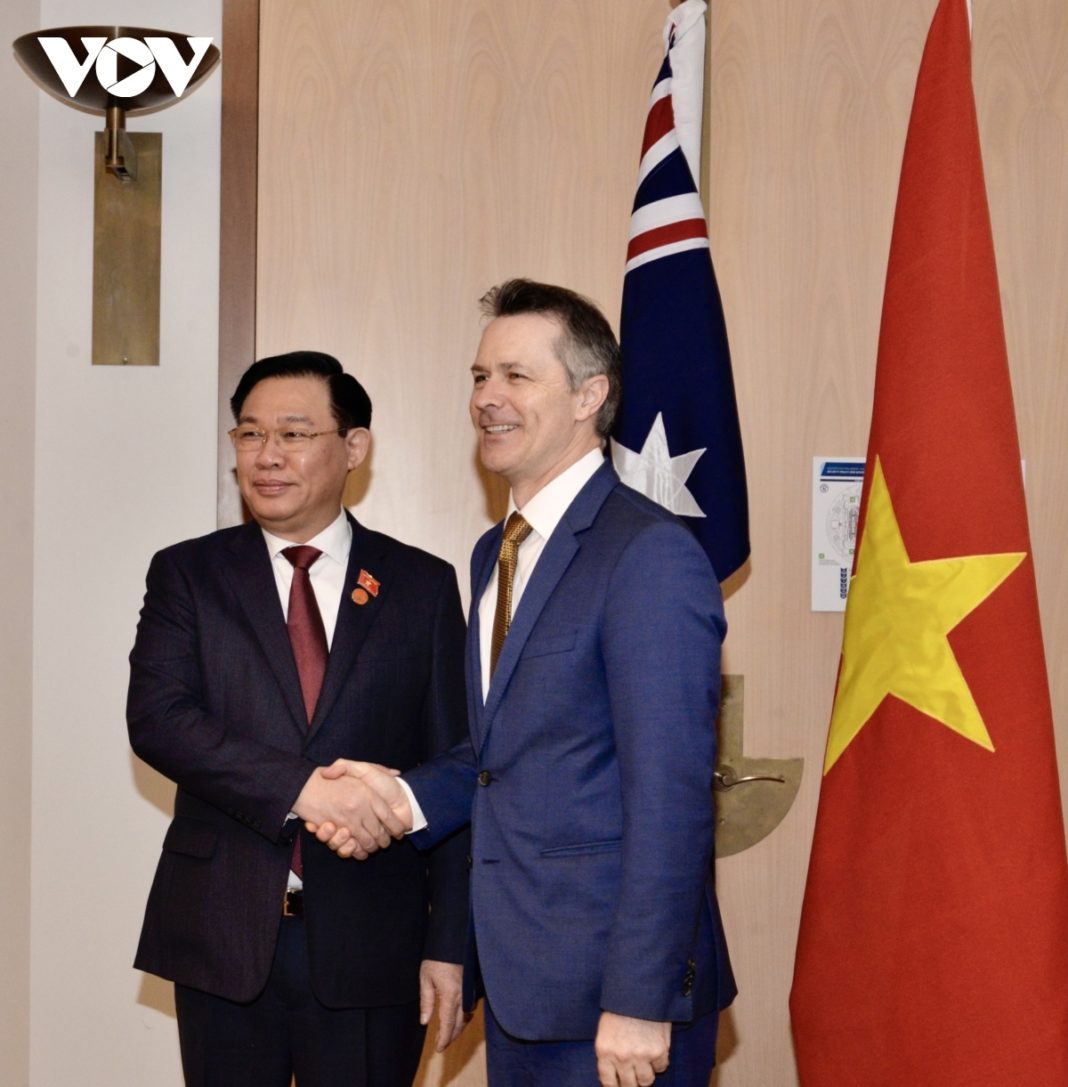 Upon meeting the Australian Minister, NA Chairman Hue underlined the importance of education and training co-operation in joint relations, expressing his hope that the Australian side will share their experience in university autonomy and governance, business-university connections, entrepreneurship, and innovation.

With more than 30,000 Vietnamese students currently in Australia, education co-operation not only contributes to Vietnamese human resources development and the Australian economy, but also helps to promote cultural connection and friendship between the two nations, he said.

NA Chairman Hue suggested that the Australian side pay greater attention to stepping up bilateral education and training ties in various forms, provide more scholarships to Vietnamese students, and organise forums aimed at enhancing connectivity among Vietnamese and Australian universities and educational institutions.

Minister Clare said he is looking forward to a visit to Vietnam ahead in 2023, during which time he will discuss education links, especially in general and higher education, and student exchanges between the two countries.

He went on to express his confidence in great co-operation opportunities in education and training between the two countries.

The two sides also held that the Vietnam – Australia Education Cooperation Forum as part of the occasion of the Vietnamese NA’s visit to Australia, with the event expected to further boost bilateral education co-operation, especially higher education.

Upon meeting Dutton and Birmingham, the Vietnamese NA Chairman reaffirmed the country’s consistent policy of attaching great importance to comprehensive relations with Australia at all levels and channels.

He showed his elation that Australian political parties all support strengthening ties with the nation for the sake of the two peoples, and for the cause of peace, stability, and prosperity in the region.

The Australian parliamentary leaders therefore affirmed that their side always places great importance to strengthening ties with Vietnam, as well as supporting efforts to take bilateral ties to new heights.

They agreed to co-ordinate with Vietnamese partner agencies to boost linkages in specific fields, including the exchange of delegations and expanding co-operation in various forms between the Communist Party of Vietnam and Australian political parties. This is along with promoting the implementation of documents the two sides have signed, as well as enhancing co-operation in response to climate change, green growth, energy transformation, digital transformation, and digital economy.

Both sides also compared notes on international issues and underscored the central role of ASEAN. They took time to reaffirm that disputes, including those in the East Sea, should be resolved by peaceful measures in accordance with international law, especially the 1982 UN Convention on the Law of the Sea (1982 UNCLOS).

The Vietnamese NA leader invited Dutton and Birmingham to visit Vietnam as soon as possible in the near future.

Vibrant spring markets in the highlands