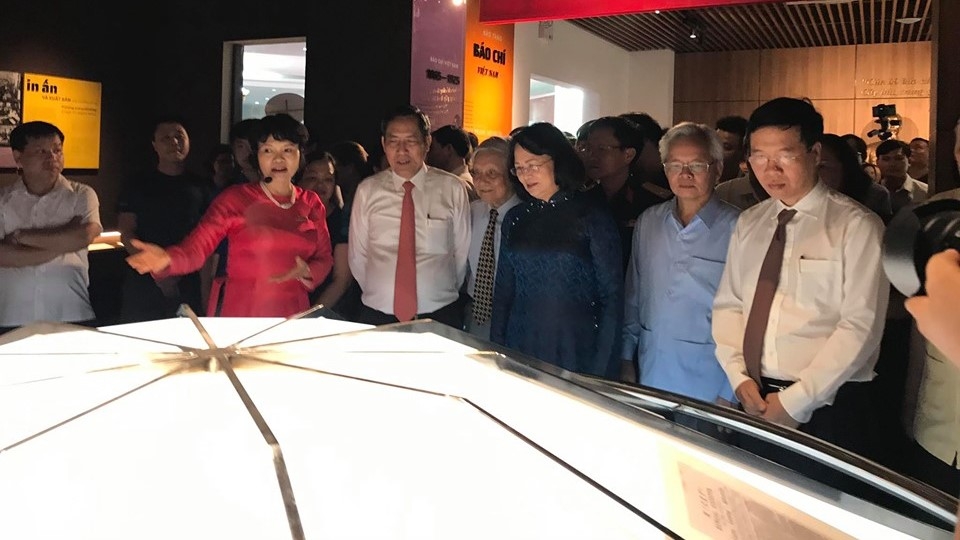 Speaking at the event, the VJA’s Chairman Thuan Huu noted that since it was formed, Vietnamese press has shown its important role in the nation’s history.

The PM signed a decision to establish the Vietnam Press Museum in 2017. Over the past three years, the museum’s officials and employees have actively studied, collected and preserved the heritages of the press sector for display.

The museum will continue to collect, revise and supplement typical artefacts and documents that represent the heroic, humanistic and progressive press of the country.

At the ceremony, Vice President Dang Thi Ngoc Thinh emphasised that Vietnamese revolutionary press, which was formed and led by President Ho Chi Minh, has always contributed to the cause of national liberation and construction.

The launching of Vietnam Press Museum expressed the special attention of the Party, State and the whole society to the press.

Located in an area of 1,500 square metres, the press has collected over 20,000 documents and objectives that reflect the important events in the history of the Vietnamese press.

Administrator - 28 December, 2021 0
NDO – An exhibition, themed “Cultural heritages, landscapes and traditional handicrafts in Vietnam”, is taking place in the northern province of Ninh Binh from December 17-24, within the framework of the National Tourism Year – Ninh Binh 2021.

Administrator - 12 May, 2020 0
The Vietnam Association of Photographic Artists (VAPA) is inviting photos of Vietnam in the combat against COVID-19 to an exhibition slated for June 1.