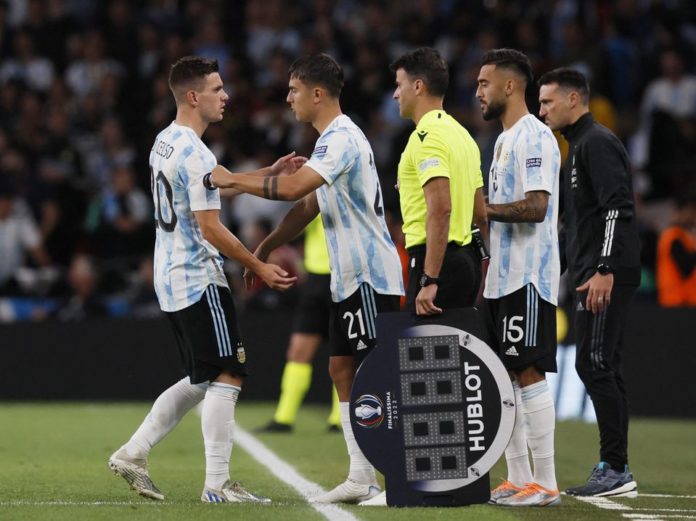 Further discussions, and possible decisions, on concussion substitutes and semi-automated offside technology will also be on the agenda of governing body IFAB.

A maximum of five substitutes per team, instead of three, had been allowed since the outbreak of the pandemic in 2020.

It will now become permanent although its use in different competitions will remain at the discretion of the body organising the matches.

The Premier League, for example, had allowed five substitutes when the idea was first floated by FIFA in May 2020 but reverted back to three subs for their last two seasons. They have, however, agreed to five substitutes being permitted from next season.

The IFAB said the five changes per team would continue to be allowed to be made in no more than three opportunities, excluding any changes made at half-time.

A potential sixth substitution would be allowed if a match went into extra time.

The IFAB’s changes will start from July 1.

The body, founded in 1886 to act as the guardians of the laws of the game, will also discuss concussion substitutes and semi-automated Video Assistant Referee technology.

The IFAB said where there is any doubt about a player having been concussed the players should be protected by being “permanently” removed from the match and to facilitate this, the player’s team should not suffer a numerical disadvantage by prioritising the player’s welfare.

Semi-automated VAR, which will enable offside to be detected in seconds, has been tested over the last two years and had a trial at the FIFA Club World Cup in February. It uses automated ball detection and creates three-dimensional models of a player’s position instantly.