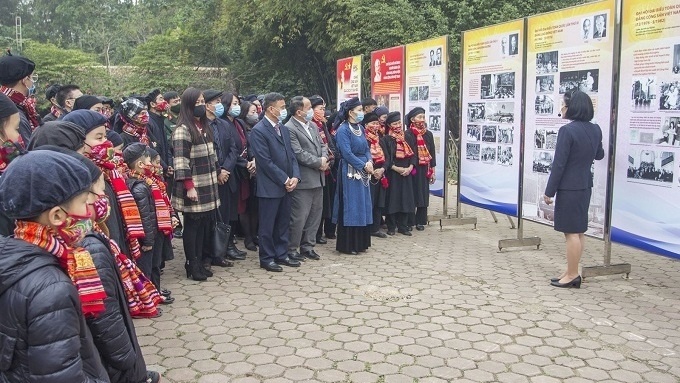 The event was part of activities to celebrate the 13th National Party Congress and 91st founding anniversary of Communist Party of Vietnam (February 3, 1930-2021).

On display are 145 photos and documents divided into three categories, with the first highlighting the life and career of President Ho Chi Minh, who formed, led and trained the Party.

Exhibits in the second part introduce visitors to the glorious successes of Vietnamese revolution during the past 12 Party Congresses.

In addition, a space of the exhibition spotlights the great development of Thai Nguyen Province over the past years under the leadership of the Party.

Administrator - 18 March, 2020 0
Nam Dinh, a rice-growing province in northern Vietnam, has more than 70 craft villages. Co Chat silk village in Truc Ninh district is one of the best known.

Hue delicacies tempting to every palate

Administrator - 21 March, 2020 0
Hue cuisine is different from food in other parts of Vietnam. It is characterized by diverse ingredients, delicate preparation, and artful presentation. This has made Hue cuisine tempting to every palate.