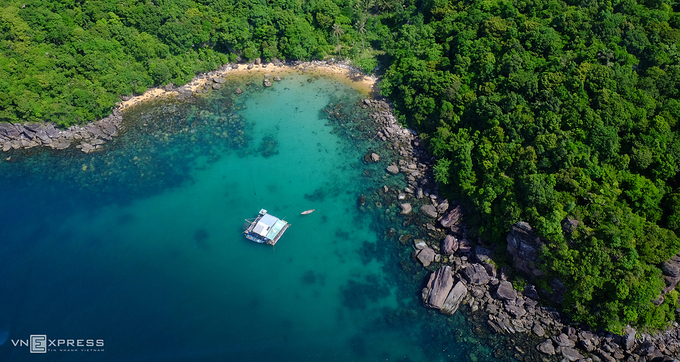 Seven out of the 10 most sought after destinations by Vietnamese tourists prior to the upcoming four-day national holiday comprise famous beach getaways, according to Booking.com.

Vung Tau, a popular beach town in southern Ba Ria-Vung Tau Province, came second in the list of 10, followed by central beach city Da Nang, Nha Trang, and Phu Quoc, Vietnam’s largest island off southern Kien Giang Province, according to data based on the bookings for April 30-May 3 collected by the world’s biggest accommodation website.

Hoi An, home to beautiful beaches like Cua Dai and An Bang, ranked eighth while Ha Long, a popular bay in northern Quang Ninh Province, came in ninth.

Da Lat, much loved for its year-round cool climate, green pine forests and misty landscape, was the most sought for holiday destination by Vietnamese travelers.

Vietnam will celebrate a four-day national holiday for Reunification Day (April 30) and Labor Day (May 1).

With the nation having contained its Covid-19 outbreaks, domestic air travel has returned to normal.

Administrator - 15 August, 2020 0
A large cave has been discovered in Tria village, Huong Son commune, Huong Hoa district in the central province of Quang Tri, according to Do Van Binh, the director of provincial Department of Culture, Sports and Tourism.

Administrator - 6 July, 2020 0
After 15 years, this year’s International Tourism Expo HCMC scheduled for September will be canceled over Covid-19 fears.