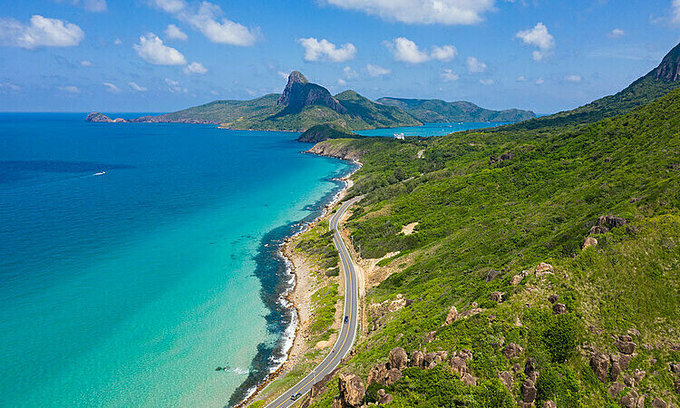 Some famous islands in Vietnam have temporarily halted receiving tourists as the Covid-19 epidemic is getting more intense.

The 58-year-old British man boarded the same flight on March 2 as Nguyen Hong Nhung, Hanoi’s first Covid-19 patient and the country’s 17th. He has been quarantined and under treatment in Hue, central Vietnam.

In all, 12 people – 10 Brits, an Irishman and a Hanoian – who traveled with Nhung on Vietnam Airlines flight VN54 from London to Hanoi, have tested positive for the novel coronavirus.

The islands, a 30-minute boat ride from Hoi An’s Cua Dai Beach, were once overrun as a result of their popularity in recent years, prompting authorities to regulate the number of tourists visiting the protected islands treasured for their biosphere.

Also from Tuesday, all tourist boats and accommodation facilities on Cat Ba Island off the northern city of Hai Phong have stopped welcoming visitors after a British woman who visited the island later tested positive for the coronavirus.

Cat Ba is an archipelago that includes 367 islands spanning 260 square kilometers, of which Cat Ba Island is the largest. It has a wide variety of natural ecosystems, both marine and terrestrial, and is highly biodiverse.

The central province of Quang Ngai has temporarily banned foreign tourists from Ly Son Island, 30 km offshore. The island covers an area of nearly 10 square kilometers. Vietnamese tourists wishing to visit the island are required to fill out health declarations.

Phu Quy Island, a beach “hideout” in the south central province of Binh Thuan, where a Vietnamese businesswoman was confirmed to have contracted Covid-19 after returning from the U.S., is considering a ban on foreigners entering the area.

Vietnam has recorded 35 Covid-19 infections since last Friday after going 22 days without any new infection.

The Covid-19 outbreak has thus far spread to 115 countries and territories around the world, killing over 4,000.