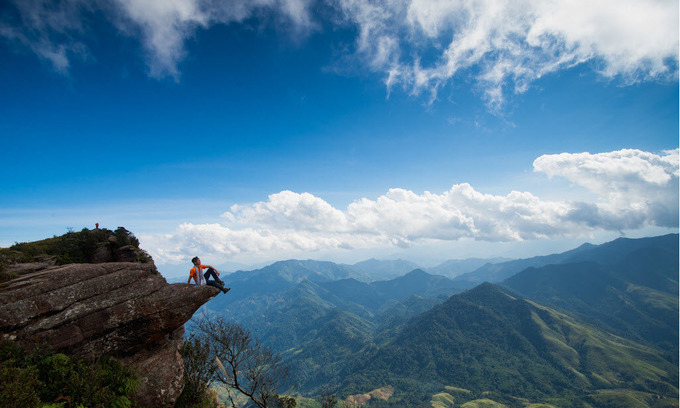 A tourist sits on a cliff on top of Pha Luong Mountain in Son La Province, northern Vietnam. Photo by VnExpress/Meo Gia.

Vietnam stood behind many of its Southeast Asian neighbors in a best solo travel place listing, ranking 46th out of 73 destinations, a report says.

“Vietnam is densely populated and growing quickly, with about a third of the population living in bustling cities,” the report read.

When it comes to traveling alone, European and South Pacific countries are seen as the best.

Spain topped the list, followed by Italy and Greece. New Zealand came in fourth and Australia rounded out the top five.

“With an increasing number of people around the world vaccinated against Covid-19, anticipation is growing over the prospect of obtaining a “vaccine passport,” leaving lockdowns and taking a respite. But while vacations can sometimes be associated with families and friends packed together in cars, more people are ditching group adventures to travel the globe solo,” the U.S. News newspaper said.

Vietnam has stopped all international commercial flights since March 2020 and remains closed to foreign tourists. Visitors entering the country since have mainly been experts, high-tech workers, and investors.

The country was listed as one of 30 best solo travel destinations by the U.S. News in 2019, with Ho Chi Minh City named among the top five cities by accommodation giant Airbnb.

A riot of seasonal colors descend on Long An

Administrator - 20 June, 2021 0
In quenching the thirst of their loyal clients for professionally prepared food as well as improving the income, five-star hotels in Hanoi offer high-end dinners at their client’s homes.

Administrator - 20 June, 2021 0
Camping becomes an ideal option for many people to enjoy and relax in the Covid-19 time, even at home.