Home Attractions Vietnam among the best countries for retirement 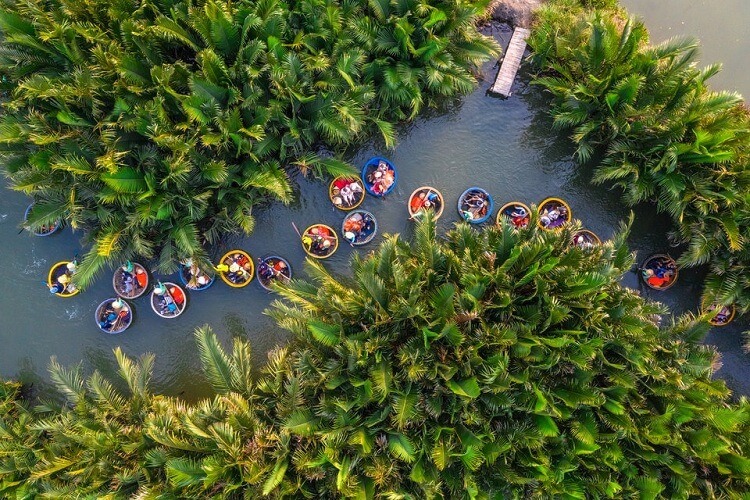 Vietnam is listed in the top 10 countries where people should settle down living and promote business abroad after retirement, according to the 2021 Annual Global Retirement Index.

As unveiled by the index, Vietnam is along with nine other countries of Malta, France, Malaysia, Ecuador, Portugal, Colombia, Mexico, Panama and Costa Rica. The index aims to help people consider retirement abroad with the exciting business of choosing where in the world will best suit their needs.

According to Kara Williams from www.travelawaits.com, there are eight reasons that retirees are falling in love with Vietnam.

The cost of living

Vietnam has an exceptionally low cost of living. “Low prices certainly made sightseeing, shopping, eating, and drinking in Vietnam so wonderfully appealing when I visited. Dipping into a busy, casual restaurant and paying $1 for an ice-cold can of beer and $2 for banh mi, the country’s divine, ubiquitous pork sandwich on a baguette, ranks among one of my all-time favorite meals ever,” she wrote.

Once Vietnam is your home base, the whole of Southeast Asia is easily accessible. With plentiful flights on budget airlines, frequent trips to Thailand, Cambodia, Laos, or Malaysia are possible.

And traveling within the country is pretty simple, too, with flights between key cities like HCMC, Danang and Hanoi, plus a system of buses, trains, and even ferries to popular island destinations, like Phu Quoc.

Not only is Vietnamese food so darn cheap throughout the country – whether you’re picking something up from a street stall, sitting down in a restaurant, or shopping at a local grocery store – it is so darn good.

Let’s start your new day with a hot bowl of Pho when you are in Hanoi, a bowl of Cao Lau in Hoi An and a Hu tieu in Saigon.

While the food in the northern part of Vietnam has long been influenced by its proximity to China, the central cuisine is considered as the most culturally authentic food in the country with the influence of Royal Hue cuisine and Southern dish is the most varied of the three. Rich in vegetables, rice and seafood, it has incorporated Cambodia and Thai influences into style that is distinctively its own.

“I concur with expat Neil Varden who notes that the Vietnamese are “very friendly.” Indeed, everywhere we went, we encountered so many smiling faces — people who were eager to help us.

I found it especially true at our Hoi An hotel, where gentle demeanor and a welcoming nature were the norm among the front desk and restaurant staff. Our English-speaking bike tour guide was chock full of knowledge and so accommodating – candid and happy to answer questions about her life in Vietnam,” Kara gave example about Vietnamese’s characteristics.

Ho Chi Minh City is mind-blowingly huge but may appeal if you’re all about an urban center that is rich in French colonial history. Hanoi, Vietnam’s capital, is in the north, so it’s not quite as toasty, temperature-wise, as HCMC. Other smaller communities that expats consider, says International Living, include Da Lat, Nha Trang, Vung Tau, and the island of Phu Quoc.

Vietnam’s tropical monsoon climate appeals to many – especially snowbirds who simply want to say good-bye to North American winters. However, it’s definitely not for everyone. Temperatures can easily reach 38 degree Celsius and above in some areas in the hottest months, and humidity reigns throughout the country.

The history and culture

From its ancient temples and pagodas to its more current 20th-century war history, Vietnam offers so much for retirees who want to broaden their minds with an exploration of Vietnamese and Southeastern Asia historical and cultural events.

There are countless opportunities to join cultural tours and classes to learn how sleeping mats are woven from dried reeds or how commerce works in the Mekong Delta floating markets.

A country’s culture is often best experienced simply by strolling through a neighborhood. Let’s try local foods, watch families play in the park, or take in a local theater performance. Again, Vietnam offers plenty of opportunities to do just that.

“Jefferson Saunders moved to Vietnam in retirement in 2016, having spent time in the country before. Though he was drawn, like many others, by Vietnam’s friendly people and affordability, he’s increasingly interested in watching the evolution between the old and the new,” Kara wrote about the story of a westerner retiree in Vietnam.

There is higher education, better income, internet, more traveling, along with serious investment money coming into the country. According to him, Vietnam’s big cities feature Western-style medical clinics and hospitals, as well as high-end hotels, often backed by Japanese or Korean investors.

He also sees Vietnamese society increasingly rejecting some of the issues that have plagued the country in the past, such as petty crime and litter.

10 Best Things to Do in Vietnam

Administrator - 20 March, 2020 0
Attractions in Vietnam are plentiful, ranging from stunning natural landscapes, untouched islets and quaint villages to war museums, colonial structures, and ancient citadels. The Cu Chi tunnels, located outside Ho Chi Minh City, represent the sheer grit and ‘can-do’ attitude of the Vietnamese while a visit to the War Remnants Museum brings home the horrible reality of war. On the more positive side, the marvellous Hue Monuments, along with the My Son Sanctuary will awaken your spiritual side. Attracting millions of visitors all year long, its colonial heritage also means that many hotels feature a unique blend of French and Asian influences while its cuisine is highly regarded as one of the best in the world. With so many things to see and do in Vietnam, planning your travel itinerary as a first-time visitor can be a challenge, so we’ve compiled a general list of Vietnam’s must-see attractions.

Administrator - 6 March, 2021 0
The Hanoitimes - With the relocation of the capital and a comprehensive reform, Ly Cong Uan (King Ly Thai To) and his descendants succeeded in building a strong nation.