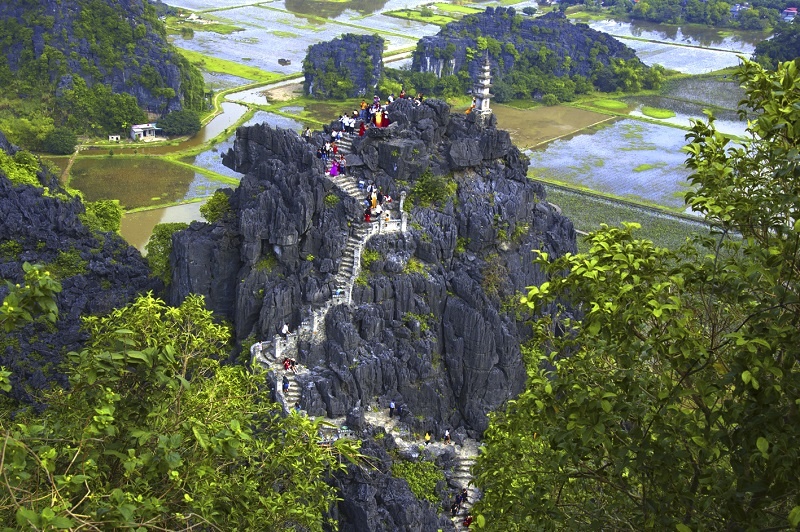 Mua cave or Hang Mua in Vietnamese is located in Khe Dau Ha village, Ninh Xuan commune, Hoa Lu district, Ninh Binh province. The fabulous nature wonder of Vietnam is used to be illustrated as “the Inland Halong Bay in Vietnam” and the “Little Great Wall of Vietnam” by the Telegraph from UK.

Administrator - 20 March, 2020 0
Beaches in Vietnam are popular spots of tourists and locals looking to escape the bustling city life. Travellers will find that no two beaches are the same, ranging from bustling Tran Phu Beach, for tourists looking to stay in the centre of all the action, to the more remote Qui Nhon, that’s popular among adventurous travellers. Aside from over 3,000 km of soft sands and clear waters, Vietnam also has plenty of secluded coves and islets fit for snorkelling, island-hopping and scuba diving. Read on for our comprehensive guide to Vietnam’s most popular beaches. Getting to some of these locales may be a challenge, depending on your location, but the combination of tranquil atmosphere and breathtaking views of these beaches are well worth the effort.

What to Do in Hoi An

Administrator - 20 March, 2020 0
Hoi An attractions comprise centuries-old Buddhist pagodas and temples, colonial shophouses, and quaint museums that are set within the popular areas of Riverside and Ancient Town. Once a prominent Vietnamese trading port between the 15th and 19th century, the ancient town and riverside of Hoi An City were declared a UNESCO World Heritage Site thanks to its well-preserved mix of Vietnamese, Japanese, Chinese, and French architecture. Offering sightseeing opportunities you won’t find in other city in Vietnam, the best part of Hoi An is that its attractions are easily accessible on foot or cyclo thanks to its pedestrian-friendly streets. If you’re looking to explore beyond Hoi An Ancient Town, there are plenty of local villages and pristine beaches that are less than an hour away. This section is a detailed list of what to see in Hoi An, as well as our top picks that you should never miss out during your vacation.