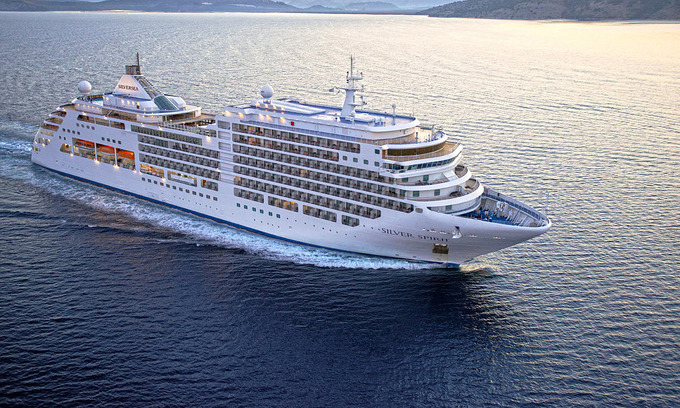 A cruise ship has been denied permission to dock in Saigon over fears some of its 423 passengers could be carrying the new coronavirus.

But city authorities and the Maritime Administration decided against allowing it to berth amid the worsening of the Covid-19 situation in Europe and Vietnam diagnosing 28 new cases in the past week, many of them foreigners.

Italy is one of the worst-hit countries with more than 12,400 infection cases and 827 deaths.

The Silver Spirit changed its itinerary and went to another country.

Of the 28 new patients in Vietnam, one is in Saigon. It is a 24-year-old woman who had met Nguyen Hong Nhung, Hanoi’s first Covid-19 patient and Vietnam’s 17th, at a party in London last month. She was put on a private plane to Saigon on Monday and tested positive the same day.

Aida Vita, operated by German company AIDA Cruises, was denied permission to dock in Quang Ninh Province on February 13, the day Vietnam confirmed its 16th patient, over fears passengers could be infected.

This earned Quang Ninh authorities a reprimand from Deputy Prime Minister Vu Duc Dam. Warning other localities not to repeat the act, Dam said while they need to strictly implement immigration and quarantine procedures with respect to foreign visitors and vehicles coming from epidemic-affected areas, they must ensure these do not affect tourism and business activities.

But developments related to the epidemic since March 6 have forced the Vietnamese government to take tougher measures to contain it, including suspending visa waivers for citizens of eight European countries and reducing the frequency of flights to Europe.

Vietnam had recorded 44 Covid-19 cases as of Friday morning, of which 16 were discharged weeks ago. The country had gone 22 days without any new infection until March 6. Since then 28 infection cases have been confirmed.

The Covid-19 outbreak has spread to 124 countries and territories around the world, killing over 4,600 people.

Best dishes that worth a try in Nam Dinh

Administrator - 6 December, 2020 0
You’re planning to travel to Nam Dinh and still wondering what dishes are delicious in this land. This article will give you some recommendations.

Administrator - 1 November, 2020 0
If you are seeking somewhere to indulge yourselves in magnificent beaches, sample fresh seafood and get a closer insight into the daily life of the fishermen, Vinh Thuc Island in the northern province of Quang Ninh is truly an ideal choice.