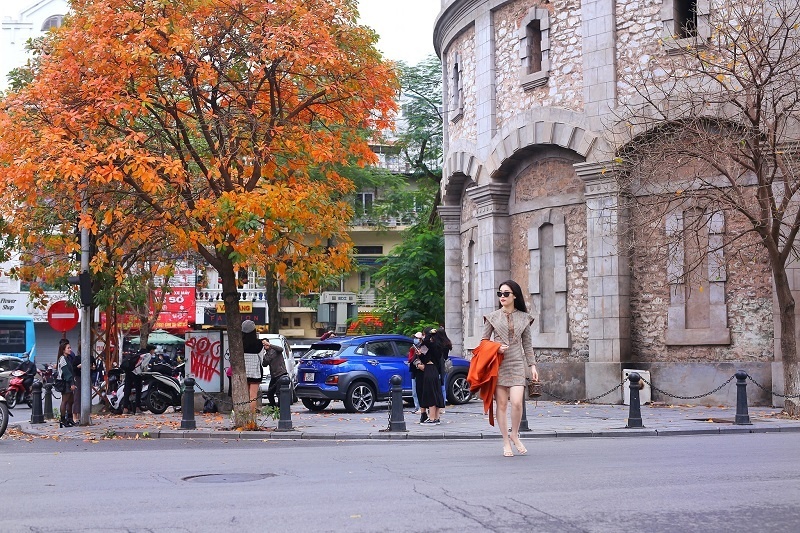 Hanoi is actually known as the largest green space of all Vietnamese cities, including many old trees, which have attached with the life of local people for hundreds of years, becoming a special heritage of the capital city.

Trees have been an important part of Vietnamese life, the same as their spiritual and religious ones because pagodas and temples always stand besides or under large old trees.

Hundreds of pagodas and temples in Hanoi are shaded with hundreds of trees. Banyan is the most popular tree for spiritual and religious places.

When the French came to Hanoi, another generation of trees was planted on the pavements of streets, following the Western architecture and urban view, diversifying the flora in the city such as Xa cu or African mahogany (scientific name Khaya senegalensis) in main streets such as Hoang Dieu, Le Hong Phong, Chu Van An, Hoang Hoa Tham, Lang, Tran Thanh Tong, among others;

All of these trees are more than a hundred-year-old. After the war with the French ended, President Ho Chi Minh showed his appreciation to the role of green trees in the country’s construction and encouraged everyone to plant trees when spring arrived, with his famous phrase “To reap a return in ten years, plant trees. To reap a return in 100, cultivate the people.”

Accordingly, new kinds of trees have been added to the urban space in Vietnam in general, and in Hanoi in particular like royal poinciana, giant crape-myrtle, freshwater mangrove, and so on.

With various colors of flowers blooming in different time, they contribute to embellish the beauty of the city.

These trees, like a family with different generations from the old to the young, besides contributing the clean air to the people, have lived and seen many changes of Hanoi yesterday and today.

They become an important member of “the whole Hanoi’s great family”. Particularly, many people call streets by the name of the trees planted there to show their affection to them.

In recent years, Hanoi has paid more attention to tree development with the aim of building the capital as a “Green- Civilized- Modern” city. Tree-planting and tending urban greenery system is one of the important tasks in the city’s annual socio-economic development plans.

Tree planting is held annually by Hanoi capital in spring, usually after the Lunar New Year Festival with the active participation of the entire political system including Hanoi authority and people from all walks of life. It targets to plant more than 300,000 trees by 2021 and for each Hanoian to plant at least one tree by 2030.

New trees will then become the future heritage, which is not a specific tree or some in a few streets but the connection between the tree and the people as one of Hanoi identities, according to cultural researcher Huu Ngoc.

Administrator - 2 June, 2020 0
The Hanoitimes - Lan Ha bay looks like a paradise and needs to be protected from unsustainable tourist activities.

Administrator - 28 February, 2021 0
The Hanoitimes - Being ranked at the 15th position, Phong Nha- Ke Bang National Park is the only national park in Southeast Asia to appear on the list compiled by TripAdvisor.