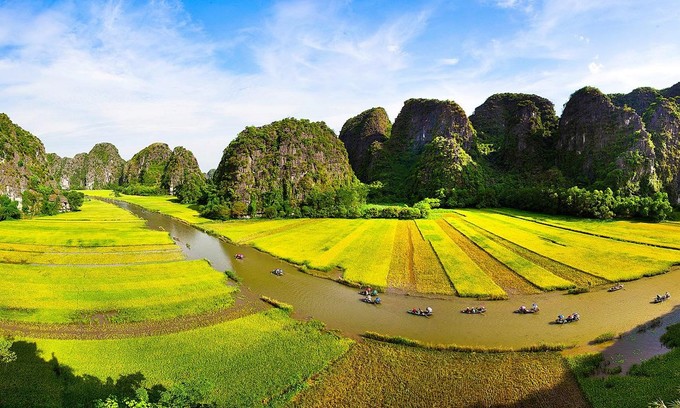 Many localities yet to record Covid-19 cases amid Vietnam’s new outbreak have closed tourist attractions as fears over a further hike in community transmission surge.

The Mekong Delta province of An Giang, which borders Cambodia, Monday closed its popular Sam Mountain pilgrimage site where the deity of prosperity, Ba Chua Xu, is worshiped.

It has also suspended the opening ceremony of the Ba Chua Xu Festival to be held from June 2 to 7. Every year the festival attracts around five million visitors.

Quang Binh, dubbed ‘Kingdom of Caves,’ has suspended all tours and closed its tourist attractions until further notice. The central province is home to UNESCO heritage site Phong Nha-Ke Bang National Park and many limestone caves including Son Doong, the world’s largest.

The northern province of Ninh Binh, around two hours from Hanoi, has also shut all tourist sites, including the UNESCO-recognized Trang An Scenic Landscape Complex.

Since April 27, when the new Covid-19 wave began, there have been 502 community transmission cases in 26 cities and provinces.

How to tell bánh xèo apart from central and southern Vietnam

Administrator - 21 March, 2020 0
A complex of temples and tombs dedicated to Do Cong Tuong and his wife in the Mekong Delta province of Dong Thap was recognized as a national relic site by the Ministry of Culture, Sports, and Tourism in early July.

Administrator - 18 March, 2020 0
The Lam Kinh area in Tho Xuan district, Thanh Hoa, is a special national relic that has kept mysterious tales about the most flourishing feudal reign in Vietnam’s history.