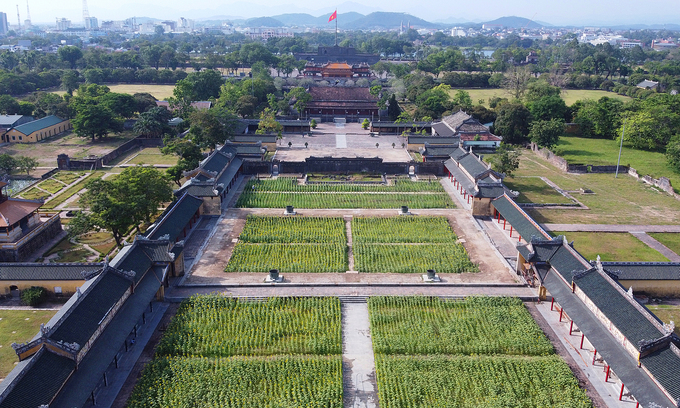 The move came after the central province experienced 28 days without new community transmissions of Covid-19. Provincial authorities are still yet to allow visitors from other localities amid the complicated development of the pandemic.

Restaurants, street eateries and coffee shops are allowed to serve customers, but not exceed half their covers while bars, karaoke parlors, dance clubs, pubs and beer clubs remain closed until further notice.

Hue, capital of Thua Thien-Hue Province, is renowned for its Imperial Citadel, royal tombs, and famous beaches like Lang Co.

In the ongoing fourth Covid wave that hit April 27, Thua Thien-Hue has reported five infections, out of the nation’s over 6,600 cases.

With the pandemic situation under control, many famous tourist hotspots like Hoi An, Da Nang and Ha Long have reopened tourist destinations and lifted the swimming ban with safeguards.

A riot of seasonal colors descend on Long An

Administrator - 20 June, 2021 0
In quenching the thirst of their loyal clients for professionally prepared food as well as improving the income, five-star hotels in Hanoi offer high-end dinners at their client’s homes.

Hoi An receives certificate honouring it as world’s best city

Administrator - 18 March, 2020 0
NDO – The ancient city of Hoi An in the central province of Quang Nam topped the list of 15 best cities in the world in a recent vote by the New-York based travel magazine Travel & Leisure.

Administrator - 8 January, 2021 0
Sa Pa has long been a resort paradise in northern Vietnam with its cool climate and imposing mountains. If you are too stressed with your daily life, this New Year, travel to Sa Pa and choose one of the following homestays to blow off steam.