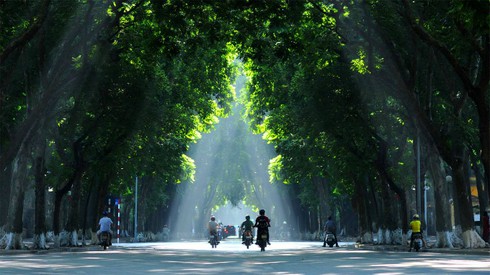 The ranking considered local prices, accessibility and the variety of attractions in each destination along with travelers’ feedback, and put Hanoi in 14th place followed by HCM City.

Vietnam’s capital casts a spell over foreign tourists with its history and culture, shopping, dining, and natural landscapes.

Kick off a new day with a tour around Hanoi’s Old Quarter where nostalgic visitors can see how it has expanded from its original 36 streets before moving to Dong Xuan, the city’s largest market, US News said.

In  HCM City “mopeds whiz by at all hours of the day, cafes take up entire sidewalks and street food vendors serve up delectable local fare despite the year-round heat and humidity,” it said.

Hong Kong topped the list, followed by the Maldives, Tokyo, Phuket, and Bali.

In the Economist Intelligence Unit‘s recent ranking of the world’s most livable cities, Hanoi and HCMC made it to the top five improvers.

Earlier this year Vietnam’s two biggest cities were named among the 10 cheapest cities in Southeast Asia.

HCM City, the southern metropolis, took the 9th position when Hanoi secured the 7th spot, as shown in the Cost of Living Index 2018 conducted by Numbeo, the world’s largest database of user contributed data about cities and countries worldwide.

Administrator - 21 February, 2021 0
The peaceful life and rustic landscapes in the Mekong Delta emerge charmingly via the lens of photographer Tran Thu An.