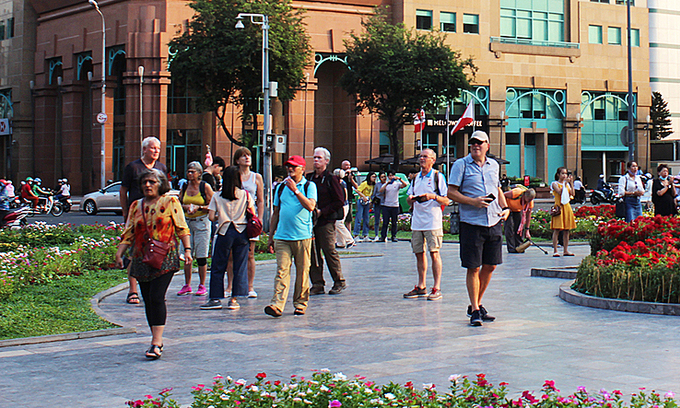 The Vietnam National Administration of Tourism (VNAT) estimated that the Covid-19 epidemic could cost the country $5.9- $7.7 billion in first-quarter tourism revenues, or about 25 percent of the industry’s revenue last year.

To help the industry revive, the administration has outlined several revival measures in a proposal it plans to submit to the Prime Minister.

The proposal says Vietnam should issue unilateral visa exemptions to Western and Northern European markets as well as Canada; and abolish visa fees for all international visitors in 2020.

Vietnam features among Asian countries with the strictest visa policy. It currently offers visa waivers to visitors from only 24 countries and territories including ASEAN co-members.

The country had earlier approved visa exemption for visitors from five Western European countries France, Germany, Italy, Spain and the U.K. until 2021 and for those from Russia, Japan, South Korea, Denmark, Norway, Sweden, Finland and Belarus until 2022.

The VNAT proposal also highlights that the tourism administration should invest further in marketing campaigns and promotions on television, social media and major media platforms to send a clear message that Vietnam is a safe travel destination.

The government declared the novel coronavirus outbreak an epidemic on February 1. The country has so far recorded 16 cases of infection, of whom 15 have recovered.

Nguyen Quoc Ky, general director of leading travel firm Vietravel, suggested that VNAT initiates a campaign called ‘I am safe,’ to provide advice and clarifications for tourists on novel coronavirus-free destinations in Vietnam.

The campaign will also emphasize that tour operators and relevant authorities in the country are taking necessary steps and precautions to safeguard the well-being of travelers.

She said the company had taken a group of European tourists to a traditional household in Phan Thiet, a popular coastal town in south-central Ninh Thuan Province, but the family refused to receive guests over Covid-19 concerns.

“I explained this was a group of European visitors who haven’t gone through epidemic-stricken areas, but the family would not budge. They said that allowing the foreign tourists to enter their homes would not be accepted by the neighbors.”

Tien noted that local residents were overreacting to the fears while European tourists were calm about the epidemic. Tours to Vietnam purchased last year have not been canceled, she said.

“Vietnam’s tourism industry needs to actively promote the country as a safe destination for local residents and foreign tourists to boost tourism in the context of many people ‘closing their door’ to visitors,” Tien added.

Vo Anh Tai, deputy general director of leading travel company Saigontourist, said hotels in the system still have a certain number of European tourists because now is the peak season for Westerners, extending to the end of April.

“Most tours booked by European tourists last year have not been canceled. However, there are no new contracts,” Tai said.

The Tourism Department of HCMC, the most important entry point in the country, says in the first three weeks of February arrivals by air have decreased by around 28 percent over the previous month and down 22.7 percent year-on-year.

Travel businesses in the city estimate 40-60 percent losses in February revenue and for the first quarter this year due to a 30-50 percent drop in the number of passengers.

Businesses catering to the Chinese market are the hardest hit, with the number of passengers decreasing by nearly 100 percent as Vietnam suspended all flights to and from China, the epicenter of the Covid-19 outbreak, and stopped granting visas for Chinese tourists and those coming from epidemic-stricken areas.

Travel firms have also proposed that the government considers expanding the visa-free policy to countries like Australia, New Zealand and India.

The Covid-19 epidemic has struck at a time Vietnam was enjoying a tourism boom, with visitor numbers last year growing 16.2 percent year-on-year to a record high of 18 million. The United Nations World Tourism Organization has placed Vietnam seventh among world’s 10 fastest-growing tourist destinations.

The country has set a target of welcoming 20.5 million international visitors and 90 million domestic travelers this year, generating VND830 trillion ($35.6 billion) in tourism revenues, according to VNAT.

In a letter sent to foreign partners in multiple languages last week, Nguyen Trung Khanh, director of VNAT, affirmed that the country’s tourism sector has been actively responding to the epidemic.

“Since the outbreak of the disease last December in China and the Vietnamese government declared it an epidemic on February 1, Vietnam has controlled the epidemic well. Treatment and prevention measures have been effective, so there is no spread of Covid-19 in the community,” the letter says.

WHO said last Saturday that Vietnam has responded well to the epidemic from the outset and prevented its spread in the country.

The global death toll had climbed to 2,360 as of Saturday morning, mostly in mainland China, and confirmed infections topped 77,672. Nearly 20,900 of those had recovered.

The top spots across Vietnam to celebrate New Year’s Eve

Administrator - 21 March, 2020 0
Sapa, Hoi An, Nha Trang and Da Lat are among the top suggestions for travelers during the New Year’s holiday.

Administrator - 24 September, 2020 0
NDO – Visitors to the Trang An Scenic Landscape Complex in the northern province of Ninh Binh will now have a chance to enjoy the stunning scenic views of the UNESCO-recognised site from above, thanks to a new helicopter tour officially launched on June 26.