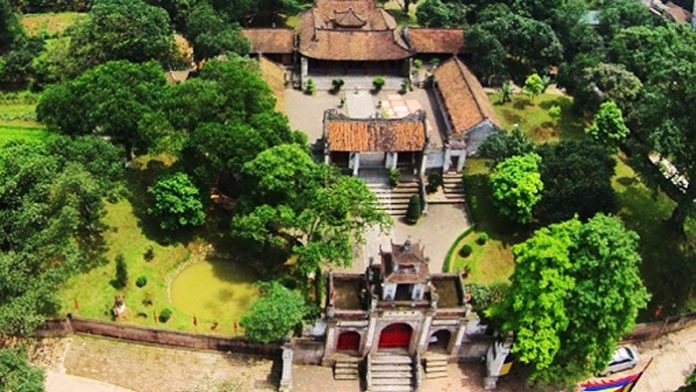 The municipal People’s Committee assigns Thang Long – Hanoi Heritage Conservation Centre to be in charge of the management and development of the tourist site in accordance with the Law on Tourism and related documents.

Co Loa historical, architectural and archaeological complex was listed as a special national relic site in September 2012. Located in Co Loa, Viet Hung, Duc Tu, Uy No communes in Dong Anh district, Co Loa was built in the third century BC as the capital of then Au Lac (now Vietnam).

The Co Loa relic complex houses around 60 historical, architectural and art relics, including the upper shrine dedicated to King An Duong Vuong, and temples worshipping warrior Cao Lo and Princess My Chau, and the Bao Son Pagoda.

Archaeologists have unearthed many valuable objects throughout the citadel, including bronze statues and arrows, and sophisticatedly decorated earthenware and stone utensils.

The site not only evidences the creativeness, culture and technical levels of the ancient Vietnamese in their struggles against foreign aggression but it is also an ideal place for visitors to explore cultural values and landscapes of a northern village.

In addition, the Co Loa Ancient Citadel plays an important role in the spiritual life and cultural practices of local villagers. The Co Loa festival is held annually on the sixth day of the first lunar month to commemorate King An Duong Vuong, the founder of the Au Lac feudal state.

A Saigon café where a thousand things can talk to you

Administrator - 21 March, 2020 0
An avid collector of antiques has put them all on display in a cafe, each item a conversation piece.