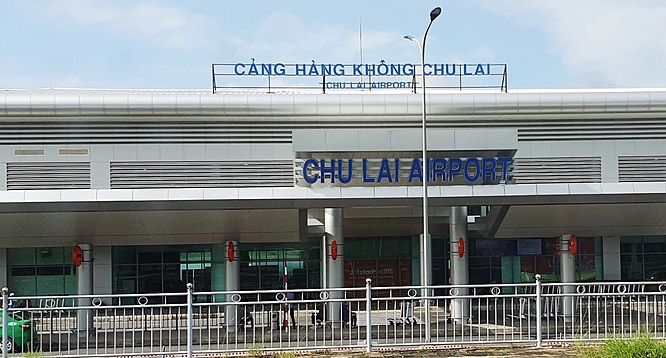 Aviation authorities have allowed airports in central and Central Highlands regions to resume operations after nearly two days of closure due to storm Molave.

Tuy Hoa Airport in Phu Yen Province, Phu Cat in Binh Dinh Province, Phu Bai in Thua Thien-Hue in central Vietnam, and Pleiku in the Central Highlands province of Gia Lai have been allowed to reopen from 6 a.m. Thursday, the Civil Aviation Administration of Vietnam reported.

However, Chu Lai Airport in Quang Nam Province, home to ancient town Hoi An, will remain closed until Friday as its terminals had their roofs blown off due to strong winds triggered by storm Molave.

Vietnam Airlines has announced the cancellation of all flights departing from Hanoi and Ho Chi Minh City to Chu Lai on Thursday. Flights to Chu Lai on Friday will be announced later, the airline said.

Earlier, five airports in central Vietnam, including Chu Lai, Phu Cat, Da Nang, Phu Bai and Tuy Hoa, and Pleiku in the Central Highlands temporarily suspended operations from Tuesday afternoon to avoid the impacts of the tropical storm. Hundreds of flights to and from central provinces were canceled.

Storm Molave, said to be the strongest to hit Vietnam in the last two decades, made landfall over Quang Nam and Quang Ngai on Wednesday morning before weakening into a tropical depression by 4 p.m.

The storm uprooted many trees and damaged hundreds of houses and other structures, blowing away the roofs of 56,000 homes.

Visitors get lost in nature at An Giang’s cajuput forest

Randomness, lack of curation cause bumpy ride for public art

Administrator - 25 August, 2020 0
Trekking is one of the worth-a-try experiences for adventure lovers, which is a special opportunity to enjoy the “breath” of nature as well as to admire magnificent, majestic scenery of forests and mountains when you are afar from the hustle and bustle of city life. Here are some recommendations for perfect trekking trip across tge beautiful Vietnam.