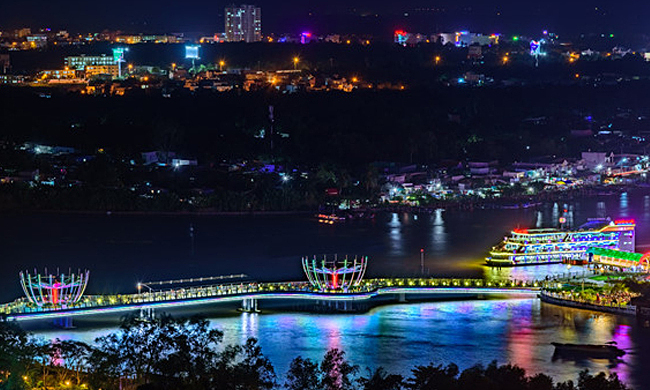 Ninh Kieu Wharf in Can Tho City at night. Photo by Shutterstock/Andy Tran.

Authorities in Can Tho City will pilot a pedestrian street in Ninh Kieu District starting May 1 to give fillip to local tourism and night economy.

Southern region-style music performances, folk games and cultural shows would be staged along the street, apart from shopping and dining opportunities.

The street is part of a plan approved by city authorities last February to pilot night-time services in Ninh Kieu District.

Can Tho, home to Cai Rang floating market, the biggest of its kind in the Mekong Delta where trading along waterways has been a way of life for generations, has emerged as a popular tourist destination.

Hanoi, HCMC, Quang Ninh, Hue and Hoi An are among those now piloting such services.

Administrator - 21 March, 2020 0
Among Conde Nast Traveler’s list of “101 of the most stunning swimming pools in the world” released ahead of summer 2018, Vietnam has claimed three spots.