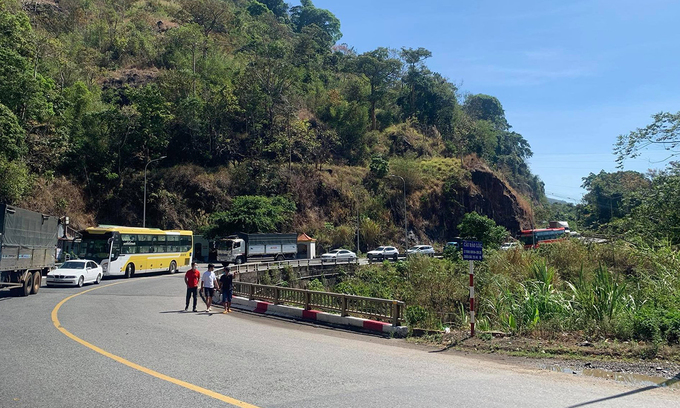 The decision was made after a series of accidents occurred on Bao Loc, a pass located on Highway 20. Accordingly, Lam Dong People’s Committee is set to spend VND26 billion ($1.12 million) to install 12 cameras at every bend and turn.

The 10-kilometer Bao Loc Pass is an important route connecting the country’s southeastern region to Lam Dong’s two towns, Da Lat and Bao Loc. While Da Lat is already a famous tourist destination, Bao Loc is both underrated and offbeat with a quiet and calm atmosphere, amazing waterfalls and many great tea and coffee farms.

According to a representative of Lam Dong’s traffic police department, installing the cameras would help police monitor careless and reckless driving – a main cause of accidents on the pass.

“We are completing legal procedures and budget plans for work to start in May,” he stated.

According to the Traffic Safety Committee of Lam Dong, from Dec. 15, 2020 to the end of Feb. this year, the province recorded 36 accidents, up by 17 cases compared to the same period last year, killing 25 people and injuring 21. On Bao Loc Pass alone, 10 accidents occurred and one person died.

Eiffel Tower reopens in Paris after a 3-month shutdown, the longest...

Administrator - 25 August, 2020 0
The Eiffel Tower reopened to visitors on Thursday after its longest closure since World War II. Paris' iconic landmark closed in mid-March in order to fight the spread of the COVID-19.