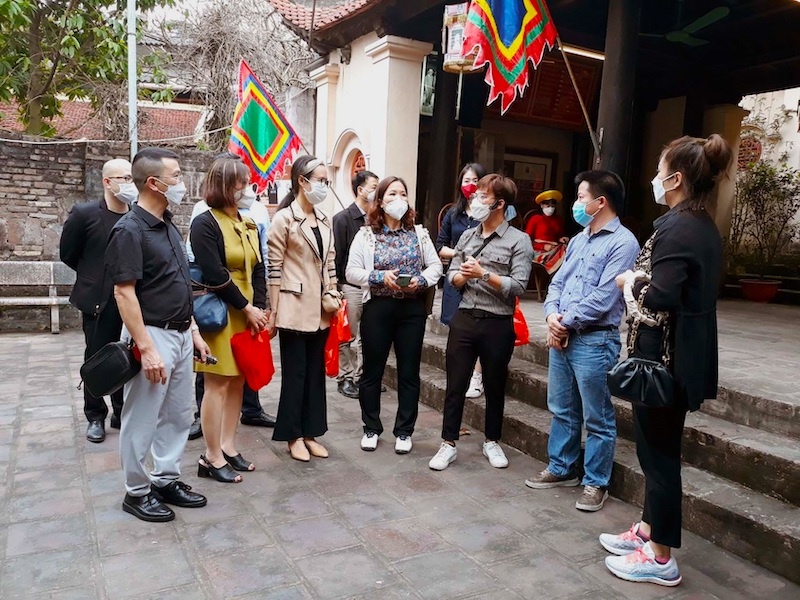 The Hanoi Department of Tourism will seek ideas to assess the potential of MICE tourism and measures to develop it through a seminar to be held next month.

Director of the Hanoi Department of Tourism Dang Huong Giang unveiled the upcoming plan following opinions raised by local experts and travel agents on the obstacles of this tourism model.

Currently, Hanoi is home to 3,425 active lodging establishments offering 64,800 rooms. Of the total facilities, the number of one- to five-star hotels was 598, accounting for 17%.

In addition, Hanoi has a system of 23 catering establishments, 31 shopping services, eight entertainment facilities, and one sports area.

Chairman of the Vietnam Tourism Association Vu The Binh acknowledged that Hanoi has many favorable conditions for developing MICE tourism thanks to its position as the country’s political and cultural center and economic hub of the northern delta.

Hanoi has hosted many long-staying international tourist delegations. Many major international conferences and events took place in Hanoi, such as the APEC Summit (2006), the US-North Korea Summit (2019), and, more recently, the 31st Southeast Asian Games (SEA Games 31) in May 2022.

However, he said Hanoi still lacks large-scale accommodations and meeting venues to cater to thousands of people. “In addition, the lack of connection between destinations, facilities, and travel agencies is also why MICE tourism has not developed in the capital,” he added.

According to AZA travel company director Nguyen Tien Dat, although Hanoi has five-star hotels and resorts, their capacity is small.

In addition, Hanoi’s tourism products are mainly historical and cultural attractions but experience tourism. Consequently, the city doesn’t have the same allure to MICE travelers as other coastal provinces and towns.

To remove the “bottlenecks”, Director of the Institute for Tourism Development Research Nguyen Anh Tuan suggested that Hanoi focus on investing in infrastructure with many kinds of quality services, increasing the number of accommodation rooms so guests can both organize events and have experience and entertainment services.

For his part, Vice Chairman of the Hanoi Travel Association Le Thanh Thao proposed that the city support businesses to study venues where MICE tourism can be held in the area, thus developing a plan to promote and develop MICE tourism products methodically.

Acknowledging the proposals, Giang said the city had built a plan to promote the development of MICE tourism recently.

“In addition, the department has strengthened links with localities to increase the flow of business travelers to Hanoi,” Giang said. “With the current advantages of the Hanoi tourism industry, this product is expected to contribute to the total revenue,” she said.

Echoing Giang, the President of the Vietnam MICE Club under the Vietnam Tourism Association, Nguyen Duc Anh, said that MICE tourism caters to high-end guests, including business travelers, who spend 4-6 times more than other customers.

According to the city’s plan, Hanoi will focus on investing in facilities and improving the quality of tourism products and services and human resources to make tourism a cutting-edge economic sector by 2025.

Under the city’s tourism development plan by 2030, Hanoi will prioritize developing homestays and accommodation establishments of three or more stars rather than those with fewer than ten rooms.