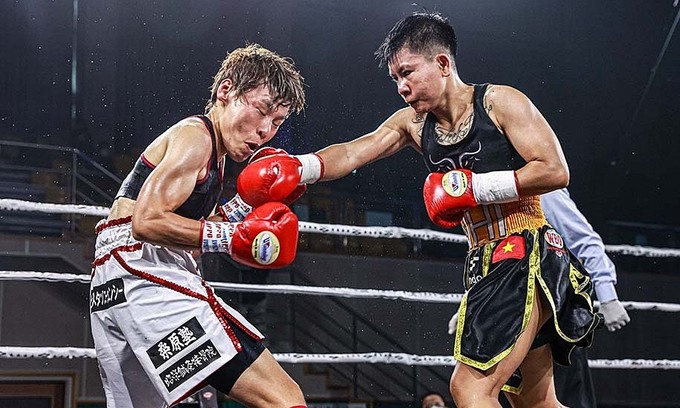 WBO world champion Nguyen Thi Thu Nhi may not be able to participate in the national boxing championship due to obligation with her former team.

Nhi was going to represent Can Tho in the tournament that will take place from Nov. 29 to Dec. 6. However, HCMC went against this action, claiming it’s not eligible.

Nhi used to be in team HCMC, before asking to leave in July. Although HCMC accepted Nhi’s request, they asked Nhi to make a deal stating she cannot compete for other teams this year without HCMC’s approval.

After reviewing HCMC’s deal with Nhi, Vietnam Boxing Federation (VBF) ordered Can Tho to not register her for the tournament. Another boxer, Sam Minh Phat, is in a similar situation.

VBF suggested HCMC, Can Tho and the boxers work together and find a solution before Nov. 27 so they could participate in the tournament.

Nhi, 25, made history last month when she defeated Japan’s Etsuko Tada to claim the WBO mini-flyweight belt in South Korea. She became the first Vietnamese boxer ever to win a major world title.

Administrator - 24 November, 2020 0
LONDON — The England women’s soccer team have called off Tuesday’s friendly against Germany in Wiesbaden after a member of their backroom team tested positive for COVID-19.