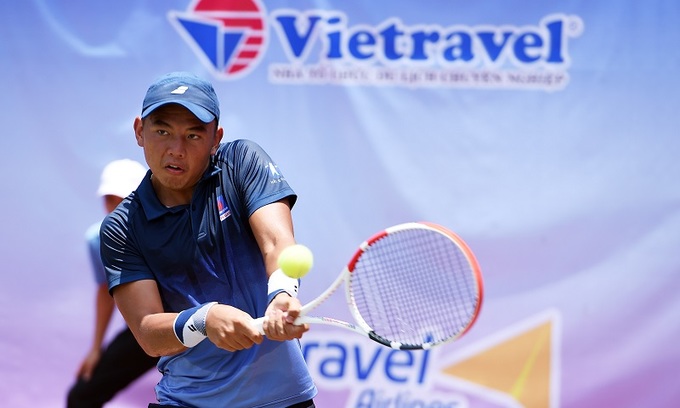 Ly Hoang Nam has defeated Ukrainian Illya Beloborodko in the first round of the third M15 Sharm El Sheikh tournament in Egypt.

Beloborodko is the sixth seed of the tournament. He’s 687th in world rankings, 278 places above Nam. But the Vietnamese star was the one who had a better start in this game, with powerful serves and swings. Beloborodko tried to retaliate but Nam continued to dominate to win the first set 6-2.

In the second set, Nam kept the momentum and led 3-1, but Beloborodko came back even stronger to win 6-3.

In the decisive third match, Nam once again took the lead but this time, didn’t give Beloborodko an opening and won 6-3.

Nam’s opponent in the second round will be Hady Habib of Lebanon. This player is 648th in world rankings, or 317 places above Nam.

According to plan, Nam will stay in Egypt to compete in the multiple M15 tournaments from October to November.

Administrator - 16 October, 2021 0
Panama won their first-ever World Cup qualifying match against the United States in Panama City on Sunday, picking up a 1-0 victory in CONCACAF qualifying for the 2022 World Cup.

Germany bounce back with statement 4-2 win over Portugal

Administrator - 23 June, 2021 0
Three-times European champions Germany shrugged off their opening game loss and announced their arrival as serious contenders at Euro 2020 with an emphatic 4-2 win over highly-rated Portugal in their Group F match on Saturday.