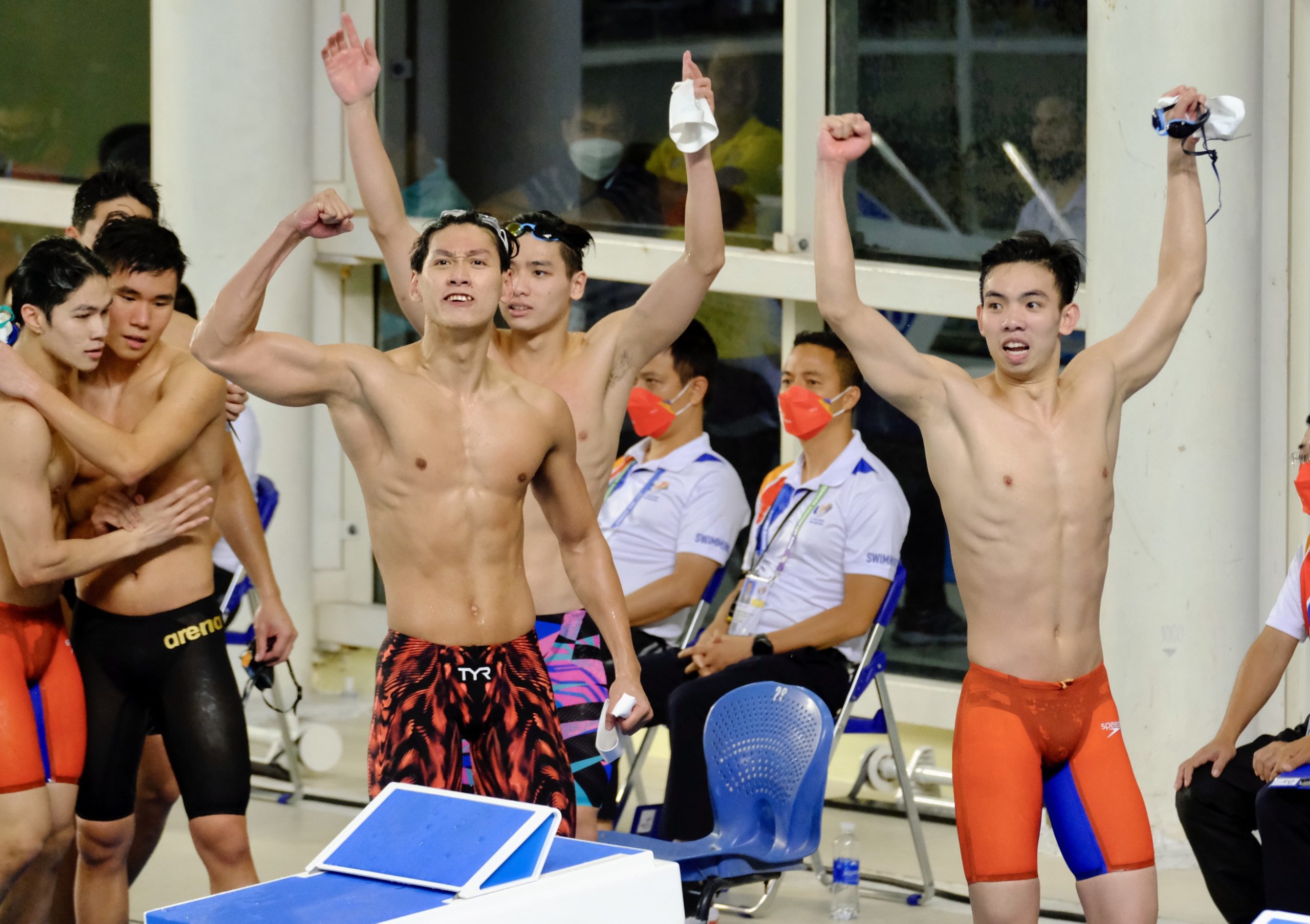 The team, including Nguyen Huu Kim Son, Nguyen Huy Hoang, Hoang Quy Phuoc, and Tran Hung Nguyen, competed against their rivals from Malaysia, Singapore, Thailand, and Indonesia in the event.

Their performance, seven minutes and 16.31 seconds, outshone that of Singaporean star swimmer Joseph Schooling, who had triumphed in the 100m butterfly at the 2016 Rio Olympic Games, and his teammates, earning Vietnam the gold medal.

It also set a new record in the category as the former highest achievement was seven minutes and 17.88 seconds.

This is the second time at the 31st SEA Games that Vietnamese swimmers have defeated Schooling and his teammates in a relay event.

On Saturday, Singapore finished first in the men’s 4×100-meter freestyle relay after three minutes and 17.19 seconds, followed by Malaysia and Vietnam.

However, the referee decided to cancel the result of Singapore and Malaysia because one of their swimmers had left his blocks early at a changeover, before being ushered away.

This disqualification left hosts Vietnam to take the gold medal, with silver for Indonesia and bronze going to Thailand.

After the fourth day of competition, the Vietnamese swimming team pocketed seven gold medals, nine silvers, and one bronze.

The team set a target of wining from six to eight gold medals at the 31st SEA Games.

The 31st SEA Games, which boast 526 categories in 40 sports, take place in Hanoi and 11 neighboring provinces and cities from May 12 to 23.

Vietnam set a target of winning at least 140 gold medals and placing first in the medal table.

Team Vietnam ranked second behind host the Philippines, winning 98 gold, 85 silver, and 105 bronze medals at the 30th SEA Games in 2019.

This is the second time that Vietnam has hosted the SEA Games after the first time in 2003.

Administrator - 23 May, 2022 0
The online world in Vietnam has been discussing the strange shape of the GPS vest that striker Nguyen Tien Linh wore beneath his jersey during the men’s football semifinal against Malaysia on Thursday night.

Administrator - 21 January, 2022 0
MELBOURNE -- Australia cancelled Novak Djokovic's visa for a second time on Friday saying the world tennis number one who has not been vaccinated for COVID-19 may pose a health risk, effectively ending his bid for a record 21st Grand Slam title at the Australian Open.