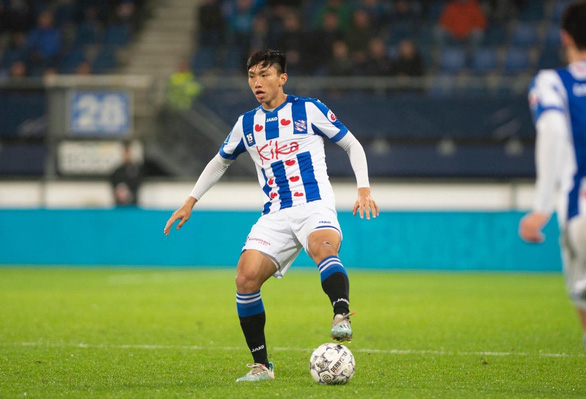 SC Heerenveen and Hanoi FC could not find a common ground in their negotiation process to renew Hau’s loan contract, which expired on June 30.

He was able to continue training with SC Heerenveen until Friday as Hanoi FC offered to help pay Hau’s salary, providing the Dutch team make detailed plans to develop and use the Vietnamese defender next season.

“However, the professional plan to use and develop Van Hau in the Dutch team has not convinced the Vietnamese side. In addition, the Dutch team’s budget is also an issue due to the impact of the COVID-19 epidemic,” reads the announcement from Hanoi FC.

In the end, Hanoi FC decided to bring Hau back to play in the second phase of the V.League 1 2020 season.

Both the Dutch and Vietnamese sides are arranging a flight to carry Hau home.

The Vietnamese defender will have to undergo a 14-day COVID-19 quarantine upon his arrival in Vietnam as per the regulations.

The transfer was expected to help Hau have more professional development in a European football environment.

However, he only played four minutes for the first team in the Dutch cup and made appearances for SC Heerenveen’s youth team.

The only notable improvement in Hau has been his better physique.

Hau’s return also makes sense for Hanoi FC as they have lost several key players due to injuries.

In addition, playing domestically will make it easier for Hau to compete for the Vietnamese national team at international and regional tournaments such as the ASEAN Football Federation Championship (AFF Cup), which will take place at the end of this year.

Administrator - 13 August, 2020
0
Many cultural and tourism festivals across Vietnam have been postponed or canceled as the country grappled with a new wave of domestic coronavirus infections.