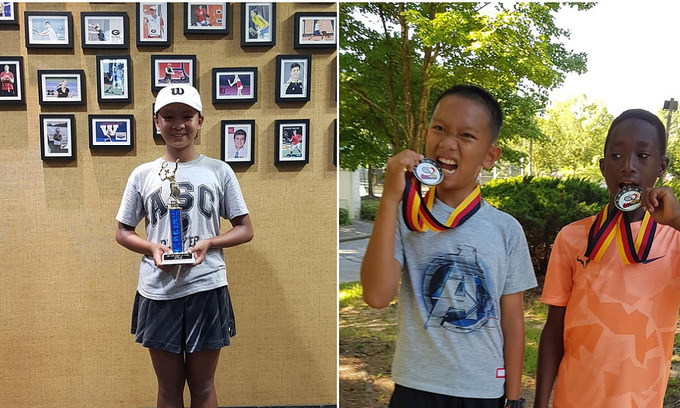 Dong Khanh Linh and Dong Sy Nguyen have won the singles and doubles titles at the One Love Tennis Labor Day Jr Open in the U.S.

Nguyen, her younger brother, and his partner won the boys’ 12 doubles event.

The One Love Tennis Labor Day Jr Open was played from September 5 to 9 in Georgia.

Dong Manh Hung, their father, who said he spends around $6,000 a month for their training, revealed that they hope to one day get tennis scholarships to U.S. universities and turn professional.

Vietnam among national football squads that surprised the world

Administrator - 18 March, 2020 0
FIFA has listed the Vietnamese men’s football team as one of 12 national teams that surprised the world this year with their historic achievements.

Administrator - 5 June, 2020 0
The Hanoi racetrack will be added to the global tournament’s simulation system with no new date announced for Vietnam’s first ever race.