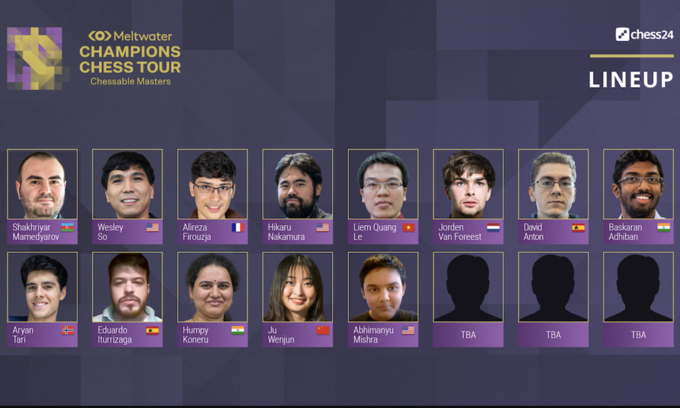 Liem will join the tournament with 16 opponents, including top players. The world’s number one, Norwegian grandmaster (GM) Magnus Carlsen will be absent in this tournament due to conflict in schedule. Therefore Azerbaijani GM Shakhriyar Mamedyarov will be the number one seed, while Liem will be number five.

Chessable Masters will take place online from July 31 to Aug. 8. Players have 15 minutes per game plus a 10-second increment per move.

The tournament consists of two stages. The preliminary stage is played over three days with 15 rounds, with the bottom eight players eliminated. The top eight then advance to the knockout round, with each game consisting of two four-set matches played over two days. If any match is tied, contestants would play two blitz matches. If the score remains equal, they will enter the Armageddon game, where white has five minutes and black four, with a draw counting as a win for black.

Champion Chess Tour 2021 is a 10-month long series of 10 online chess tournaments featuring top world players, with a prize pool of $1.5 million. All games are held on the website chess24.com and broadcasted on streaming site Twitch. The series runs from Nov. 22, 2020 to Oct. 3, 2021.

Liem has previously played in the first and fifth series events, failing to reach the final of both.

Administrator - 21 May, 2020 0
Half a stadium will support the National Cup match between Duoc Nam Ha Nam Dinh and Hoang Anh Gia Lai on Saturday.