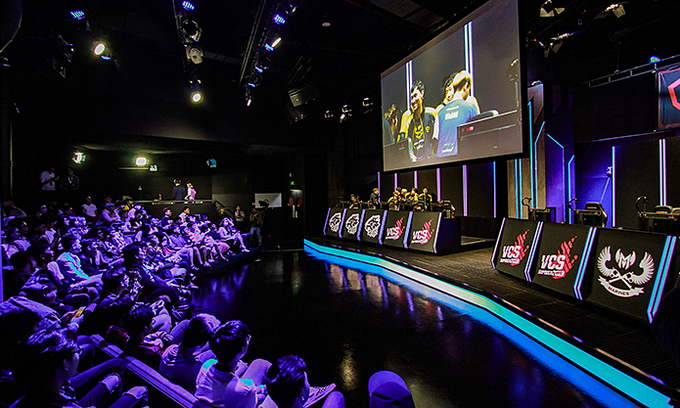 Spectators at the final of League of Legends national championship on April 18, 2021. Photo courtesy of Vietnam Championship Series.

A gaming site has ranked Vietnam 26th among the top 100 countries with the highest earnings from esports.

It calculated that domestically and internationally, 1,044 Vietnamese pro esports players have earned a total of $4,754,653.

In 2020, Vietnam earned $1,102,534 with 453 active players, despite missing out on several international tournaments due to the Covid-19 pandemic.

Esports has grown significantly in the country over the last decade. In Vietnam, esports teams have garnered large fan bases and won accolades on the international stage.

As the host of this year’s SEA Games 31, Vietnam has decided to include six esports games in the event.

Vietnam had the highest number of adult gamers in the world in 2020. Ninety-four percent of respondents said they gamed at least occasionally while nearly 20 percent said they were frequent gamers, according to a survey released by German data portal Statista late last year.

In a different report, the portal projected online game revenues in the country last year to top $10.1 million, up 16 percent from 2019.

End of an era as the ‘Barca Way’ lays in ruins

Administrator - 14 September, 2020 0
LISBON — For Bayern Munich coach Hansi Flick, Friday’s remarkable 8-2 hammering of Barcelona must have felt like the most wonderful deja-vu imaginable.