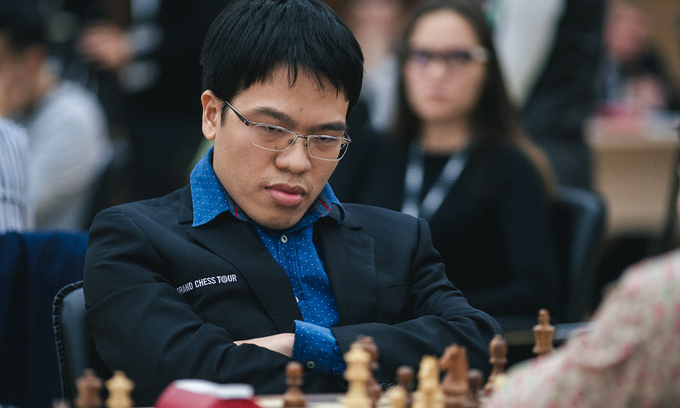 Liem lost to world number eight, American-Filipino Wesley So. Despite his efforts, Liem only managed one win and three draws during the match, while So secured four wins to see him through.

At a seemingly constant disadvantage, Liem often ran out of time, forcing unnecessary errors. In the first round, he narrowly avoided a loss, but was beaten by So in the following two.

Drawn equal, So managed another win in round six while Liem won round seven to make it 2.5-4.5. So played it safe in the next two rounds, drawing in both. The latter went on to dominate round nine.

“So delivered a brilliant form today. He played very fast and prepared well for opening moves. So deserves to be seen as one of the world’s best players at present,” Liem said after the match.

“On some beautiful days, Quang Liem plays like a machine. At those times, he can defeat any opponent.”

In the remaining semifinal, world number one player Magnus Carlsen came from two games behind to beat Armenian Levon Aronian 5.5-2.5 and will clash with So in the final, set for September 30.