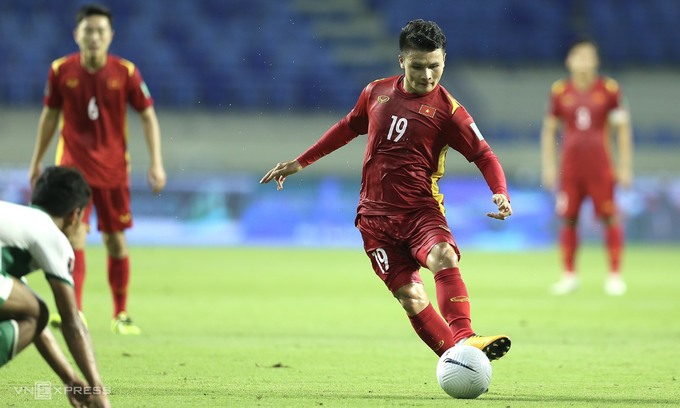 Though their thrashing victory over Indonesia proved impressive, it will be in upcoming games that Vietnam demonstrate their Southeast Asian dominance.

Vietnam, Thailand, Indonesia, Singapore and Malaysia are often considered the strongest teams in Southeast Asia for the past 20 years. The 4-0 triumph against Indonesia in their World Cup qualifier Monday stood out as Vietnam’s biggest win against one of these teams.

Vietnam’s current position is the same as Thailand’s during the second round of the 2018 World Cup Asian qualifiers, where the latter proved the only Southeast Asian team to advance to the final qualifying round. All remaining regional teams were eliminated. Chances are the same this pattern would repeat this year, since there may only be one Southeast Asian team to advance past the second World Cup qualifying round.

Myanmar’s 0-10 thrashing by Japan, Singapore’s 0-5 loss to Uzbekistan and Malaysia’s 0-4 defeat by UAE showed Southeast Asian football is going nowhere fast. Thailand, after drawing 2-2 against Indonesia on June 3, were beaten 1-3 by UAE four days later. This clearly indicates Indonesia didn’t get stronger, but that Thailand grew weaker and can no longer claim their number one regional position.

The top position certainly belongs to Vietnam. Their 4-0 victory over Indonesia saw the Golden Dragons ascend to a different level compared to their opponents. The game proved a stark contrast to a few years ago when a clueless Vietnam lost to Indonesia at both AFF Cup 2016 and SEA Games 2017.

Vietnam really owned the game Monday. Among their four goals, three were either started or finished from long distance. The other goal came from one of the 15 corners the team enjoyed during the game, with Indonesia gaining none.

Right at the beginning of the match, midfielder Nguyen Tuan Anh tried to score from outside the box, prompting the Indonesia keeper to block the attempt. At the start of the second half, Luong Xuan Truong, who subbed Tuan Anh, also tried a shot from the same distance, this time hitting the crossbar. From the same position, Nguyen Quang Hai finally scored a beauty to make it 2-0.

Of the remaining three goals, Nguyen Cong Phuong scored from the corner, while Nguyen Tien Linh and Vu Van Thanh relied on 30-meter passes to hit the net. In short, four goals and 90 percent of Vietnam’s chances in the game stemmed from long-ball play coupled with an exceptional level of accuracy.

For a long time, Vietnam and other regional teams have favored short passes and individual technique, well suited to small and agile Southeast Asian players. But since this style of football cannot improve the level of low-level teams, coach Park pushed Vietnam to rely on consistent long-ball play throughout the game, marred by aggressive Indonesian tackles.

Match statistics showed Vietnam completely dominated the game, though with only 43 percent possession against Indonesia’s 57 percent. This means Vietnamese players continuously distributed the ball and didn’t attempt to chase after it to avoid unwanted collisions. Instead, they left no space for the opponent to exploit.

The players also didn’t try to dribble into the box. Instead, they took a shot whenever they could to seek either a goal or corner.

At 2018 World Cup, France lifted the trophy using the same simple tactics, with only 48 percent possession throughout the tournament. France were ranked 25th out of 32 teams in terms of goals scored from inside the box, and 28th in terms of passes and total distance traveled during their games. They also enjoyed an average of only six shots on goal per game, the second-lowest at the event.

Indonesia remain the weakest in the group, with Southeast Asian football on a downfall.

With two decisive matches ahead (against Malaysia and the UAE), Vietnam’s victory over Indonesia may well be meaningless should the team lose both. In their coming game with Malaysia, the Golden Dragons will play without key midfielders like Nguyen Quang Hai and Nguyen Tuan Anh, and ideal time to prove their worth as Southeast Asian champions.