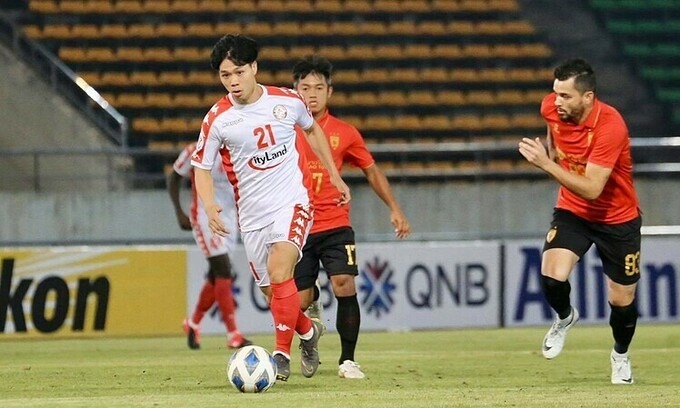 The F and G group matches of AFC Cup 2020 will be played in the north and south of Vietnam in September.

The Vietnam Football Federation (VFF) has been confirmed as the host for the remaining matches of groups F and G of the AFC Cup ASEAN Zone, the Asian Football Confederation (AFC) announced Thursday. The matches are scheduled to take place from September 23 to 29. The group F games will take place at HCMC FC’s Thong Nhat Stadium and that of group G at Than Quang Ninh’s Cam Pha Stadium in the northern province of Quang Ninh.

In group F, HCMC is currently on top with seven points, joining Myanmar club Yangon United with points but having a better goal difference. Than Quang Ninh currently stand second in group G with four points, behind Filipino side Ceres-Negros (seven points), who have changed their name to United City FC under a new owner.

The AFC had previously selected Maldives as the centralized venue for the group E matches in South Asia. The host for group H games will be announced soon. Locations for the ASEAN Zone semi-finals and finals will be revealed after the knockout stage draw of AFC Cup 2020 on August 27.

AFC Cup, the second biggest club football tournament in Asia, has been postponed since March due to the Covid-19 pandemic.

Recently, AFC decided to change the format of AFC Cup group stage and knockout rounds to guarantee safety during the pandemic. The knock-out stage, including finals, will be shortened, as teams will only play a single game in each round instead of the usual two, at home and away. This format will also be applied to the Asian top league AFC Champions League.

The winner of the inter-zone final will face the West Asia zone winner in the grand final on December 12 to decide the AFC Cup 2020 champion.

Administrator - 13 August, 2020
0
A majority of hospitals throughout Hanoi capital are tightening COVID-19 prevention and control efforts as the country’s second wave of the pandemic starting from Da Nang is putting the capital at risk.

Administrator - 13 August, 2020
0
Recent years has seen pianist Tuan Nam, a member of the band Anh Em (Brothers) become a key person in bringing some of the world’s most famous artists and bands, such as Kenny G, Modern Talking, and Boney M, to Vietnam.