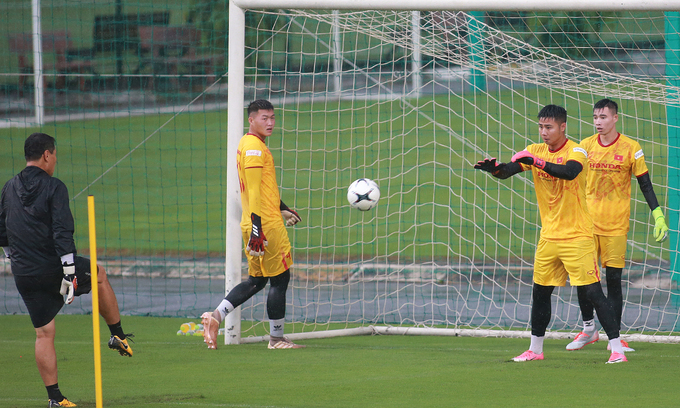 The Vietnam Football Federation made the announcement Thursday, adding it is working to quickly bring him over to join forces with coach Park Hang-seo, Tien Phong reported.

According to the Korean media, Park had recommended his compatriot to the VFF.

They used to play together for Lucky-Goldstar FC, currently known as FC Seoul.

He also won the best goal keeper of the season title twice and helped his team win the league in 1985 and 1990.

Notably, he was their coach when South Korea entered the semi-finals of the 2002 World Cup and also coached them at the 2010 event when they advanced to the round of 16.

VFF general secretary Le Hoai Anh said, as cited by Tuoi Tre: “We are rushing to complete procedures for him to come to Vietnam soon to start working immediately.”

The new goalie coach will also provide training for youth teams and not just the national team, he said.

The national team will gather in Hanoi from December 6 to 28 to train for the 2022 World Cup qualifiers and AFF Cup, which have been postponed to 2021 because of the Covid-19 outbreak.

The U22 team, the defending champions, will train in November for the 2021 SEA Games to be in Hanoi.

Domestic professional golf to tee off in 2021

Administrator - 21 October, 2020 0
The senior and U22 football squads will have training camps in November and December after domestic leagues conclude.