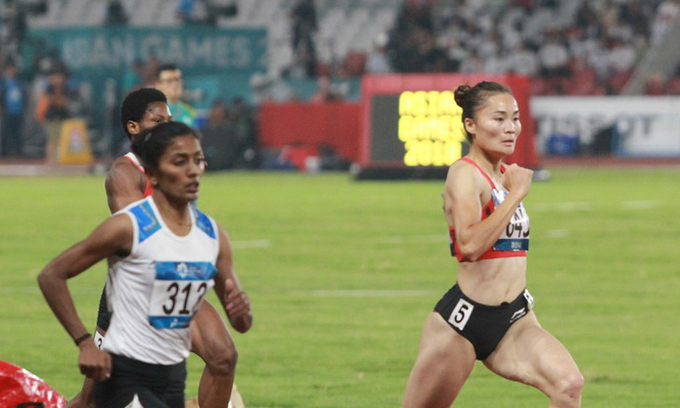 Quach Thi Lan can become the first Vietnamese athlete to advance to the athletics semifinals in Tokyo if she retains her current form.

Of 41 athletes to compete in the women’s 400 m hurdles in Olympic Tokyo, Lan is one of the only two Asian athletes. The other is Aminat Jamal from Bahrain. Lan is also the only representative of Vietnamese athletics in Olympic Tokyo 2021, thanks to an invitation slot given to Vietnam by the organizers.

In the history of Vietnamese athletics, the only athlete that got past the heat round at the Olympics was Vu Thi Huong in the women’s 100 m in Olympic Beijing 2008, advancing to the quarterfinals before being eliminated.

Athletes in the women’s 400 m hurdlers this year will compete for 24 slots in the quarterfinals, with the top eight advancing to the final. While making the finals can be a tough task, a place in the semifinals is within Lan’s reach.

Watching The Dawn At Sam Son – One Of The Most Beautiful Beaches in...

Administrator - 24 July, 2021 0
When tourists arrive to Sam Son, early risers experience the most beautiful sunrise, which poses like a lovely painting in the eyes of the tourists and photographers.

Administrator - 4 September, 2020 0
Two three-year-old sons of Vietnamese gymnast brothers Giang Quoc Co and Giang Quoc Nghiep have set a Vietnam record of being the youngest pair of brothers to perform a handstand on their fathers' arms.

Administrator - 4 July, 2021 0
SEVILLE, Spain -- Belgium knocked defending champions Portugal out of Euro 2020 with a 1-0 victory in the last 16 on Sunday to set up a mouth-watering quarter-final tie against Italy.