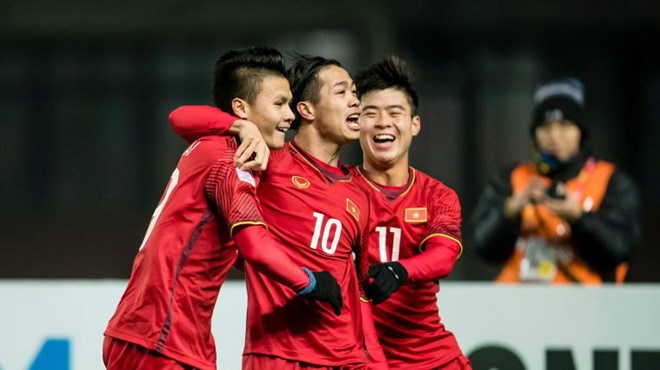 The rankings of football teams remain almost unchanged in the FIFA list released on Thursday.

Vietnam came 14th in Asia, stood at 94th in the world, and sat atop Southeast Asia, with 1,258 points, in the FIFA Men’s Ranking.

National football teams around the world have hardly played FIFA-recognized games in January and February so there is little change in their rankings.

They will come back for the 2022 FIFA World Cup qualifiers in March.

Last year, Vietnam made it to the quarterfinals of the AFC Asian Cup in January and won second place at the King’s Cup in Thailand in June.

They are invincible in Group G in the 2022 FIFA World Cup qualifiers, with 11 points from five matches, followed by Malaysia on nine, Thailand on eight, and the UAE – who have played four games – on six points.

Thailand trailed behind Vietnam in Southeast Asia with 1,178 points, ahead of the Philippines, Myanmar, and Malaysia.

Belgium, France, Brazil, England, and Uruguay are now on top of the world.

Vietnam will play a friendly with Kyrgyzstan at home on March 26 before they clash with hosts Malaysia in the 2022 FIFA World Cup qualifiers five days later.

The next FIFA Men’s Ranking will be released on April 9._Tuoitre

Administrator - 18 March, 2020 0
Organizers of the 2019 Super Cup between Hanoi FC and Ho Chi Minh City FC have decided to delay the match owing to fears of the new coronavirus infection.