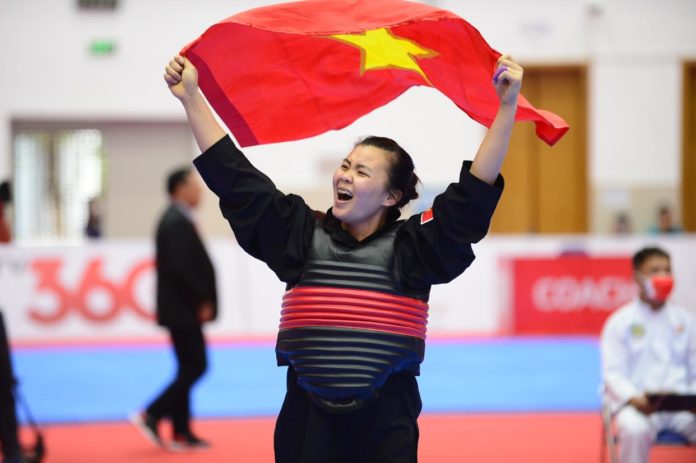 As of 3:00 pm on Tuesday, Vietnam had accumulated 91 gold medals, 56 silver medals, and 57 bronze medals, ranking first in the medal count, according to statistics on the 31st SEA Games’ official website.

The 31st SEA Games, which boast 526 categories in 40 sports, are currently taking place in Hanoi and 11 neighboring provinces and cities and will run until May 23.

Vietnam sets a target of winning at least 140 gold medals and placing first in the medal table.

Vietnam ranked second behind host the Philippines, winning 98 gold, 85 silver, and 105 bronze medals at the 30th SEA Games in 2019.

This is the second time that Vietnam has hosted the SEA Games after the first time in 2003.

Administrator - 23 May, 2022 0
Vietnam head coach Park Hang Seo told a press conference on Wednesday that he was expecting his players to secure a victory during the official 90 minutes of their men’s football semifinal against Malaysia at the 31st Southeast Asian (SEA) Games.

Administrator - 25 November, 2021 0
Nguyen Huynh Phu Vinh, a player on Vietnam’s national basketball team, was the first Vietnamese player to have been named game MVP at this year’s VBA Premier Bubble Games - Brought to you by NovaWorld Phan Thiet.