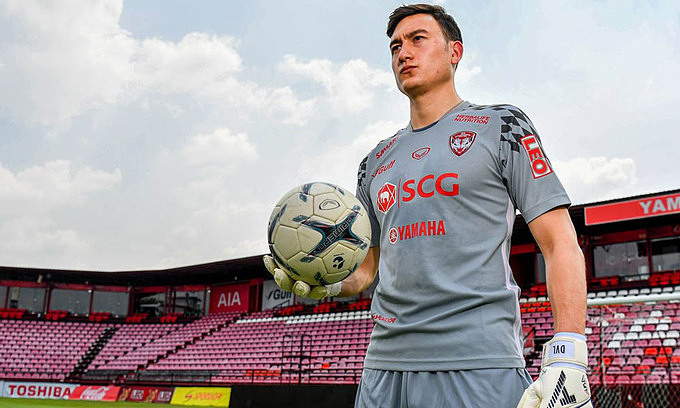 Vietnamese goalkeeper Dang Van Lam has terminated his contract with Muangthong United after the Thai club violated financial terms, his agent has said.

Andrey Grushin said, “The termination of the contract complies with FIFA regulations.”

The agreement was to have run until November 2021, but due to the Covid-19 pandemic, the Thai League schedule was changed, forcing foreign players to extend their contracts until May 2022. But due to a financial crisis, the club have not yet paid Lam, which Grushin said is a breach of the contract.

Lam has attracted attention from international clubs despite not having played much recently.

Russian top-flight club FC Dynamo Moscow and Portuguese side Sporting Braga have made offers since he has not been able to fly to Japan to sign the deal.

He is considering the two offers since playing in Europe has always been his dream, his agent said.

In June 2019 Muangthong United bought Lam from Hai Phong FC for $500,000. Since then, he has made 42 appearances over two seasons.

Administrator - 17 January, 2021 0
HCMC - Thousands of runners will participate in the eighth HCMC Marathon in the Phu My Hung Urban Area, District 7, HCMC, on January 17.

Administrator - 17 January, 2021 0
Bun mam, or a noodle soup cooked with fermented fish, boasts one of the Mekong Delta’s specialties. It seems to have originated from Cambodia. Yet it has put on many new Vietnamese features.