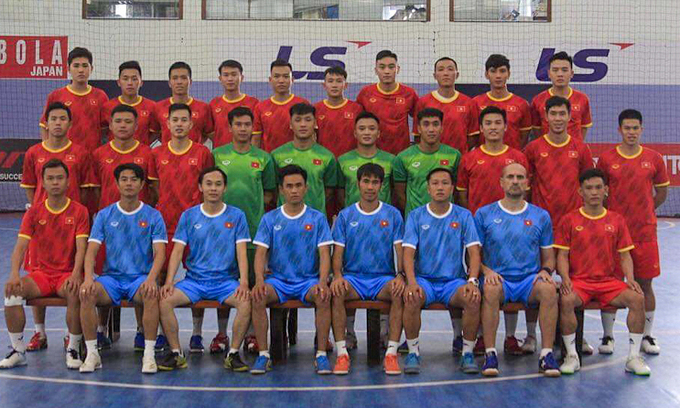 Vietnam’s futsal team will play a friendly with Iraq to prepare for World Cup playoffs after an arrangement with Thailand fell through.

The match with Thailand was supposed to take place on May 18 in the UAE. However, it had to be called off because Thailand could not change the schedule of their World Cup playoff on May 20.

The Vietnam Football Federation then discussed with their Iraqi counterparts the playing of a friendly between both countries in the UAE. The game is set to be played on May 17. This is also a match for both teams to test their squads before going into the Futsal World Cup playoffs.

Vietnam will face Lebanon in the playoff, the first leg of which will be played on May 20 and the second, five days later. The other playoff will pit Iraq against Thailand.

As per the current plan, the national futsal team will train at the Thai Son Nam Sports Center in HCMC before going to the UAE on May 15. A day earlier, the head coach will select an official list of 18 players for the playoff. All team members were inoculated against Covid-19 last week.

Two winners of the playoffs will qualify for Futsal World Cup 2021 in Lithuania, scheduled to take place from September 12 to October 3.

If Vietnam can beat Lebanon, they will qualify for the Futsal World Cup for the second time, the first being in 2017.