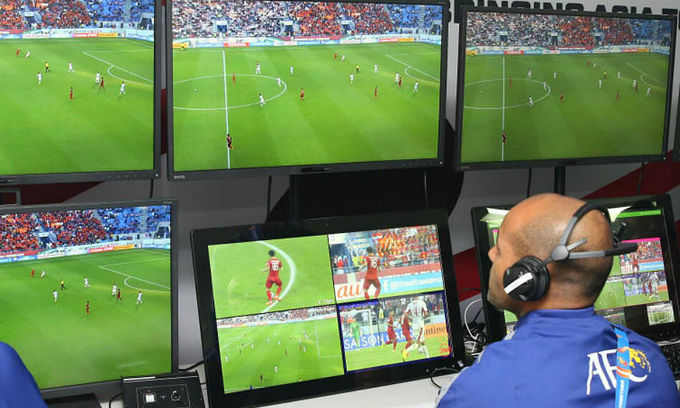 Video Assistant Referee (VAR) tech will be used in the final qualifying round of World Cup, including Vietnam’s matches.

The technology can be used to review situations that lead to a goal, penalty, wrong call or red card. Only the referee will have the authority to call for a video review.

In a control room, four assistant referees will review footage and communicate their decision to the referee via an earpiece. On-field referees can themselves review the footage on a sideline screen.

AFC introduced VAR at Asian Cup 2019 (from the quarterfinals), the AFC Champions League 2020 and the AFC U23 Championship 2020.

VAR will also be used from the quarterfinals of AFC Champions League 2021 and the final of AFC Cup 2021.

The final round of World Cup Asian qualifiers will take place between Sept. 2, 2021 and March 29, 2022. Twelve teams in the final qualifying round will be divided into two groups of six, with the top two teams in each group qualifying directly for 2022 World Cup in Qatar, while the two third-placed teams enter the playoffs.

The draw for World Cup’s final qualifying round will take place on July 1.

Administrator - 24 July, 2021 0
Many travel businesses are looking forward to the introduction of Vietnam’s safe tourism map to “live in peace” with the COVID-19 pandemic.

Administrator - 7 April, 2021 0
When the Tokyo Olympics torch relay kicks off in Fukushima on Thursday, runners are hoping it will show the world the area is no "nuclear wasteland", a decade after the 2011 disaster.