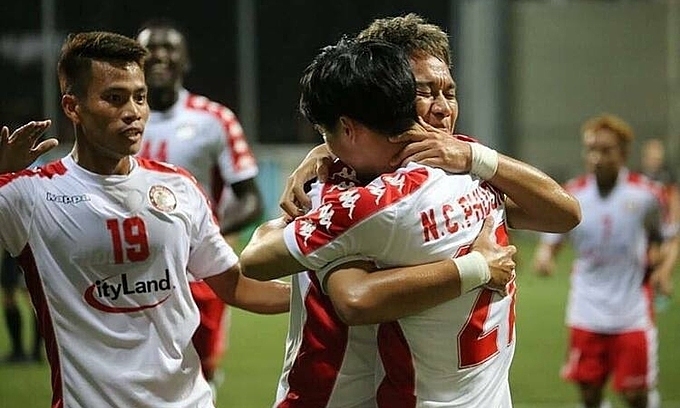 The winner of the 2020 V. League 1 will directly enter the finals of the expanded AFC Champions League in 2021.

The Asia Football Confederation (AFC) recently announced that the number of clubs in the group stage of the tournament would be increased from the current 32 to 40 next year.

Vietnam is allocated one slot in the group stage of the 2021 AFC Champions League and zero play-off slots, meaning only the 2020 V. League 1 champion will participate in the tournament.

This will mark the first time since 2016 that a Vietnamese club plays in the AFC Champions League.

They were out early, but did leave their mark by beating then-champion Jeonbuk 3-2 at home.

Since then, no Vietnamese club has been able to advance further than the AFC Champions League play-off.

Other Southeast Asian countries also benefit from the competition’s expansion. Thailand is given two group stage and two play-off slots while Malaysia and Singapore will each get one group stage slot.

Earlier this year Ho Chi Minh City FC lost to Thailand’s Buriram United in the second qualification round of the 2020 AFC Champions League, and are now in the AFC Cup, a lower-tier tournament.

They and Than Quang Ninh are winner and runner-up in their respective groups.

Administrator - 24 March, 2020
0
Three staff members of Formula One teams have been isolated at the Australian Grand Prix while tests are conducted to see if they have coronavirus, officials said on Wednesday.

Administrator - 20 June, 2020
0
The second leg of 2020 AFC Women’s Olympic Qualifiers play-off tie between Vietnam and Australia to be held at the Cam Pha Stadium in Vietnam on Wednesday will be played behind closed doors.

Administrator - 1 June, 2020
0
The Hanoitimes - Every hour in Hanoi is a memorable time to capture the beauty of the millennial city from different perspectives, from traditional to modern.

What you need to know about the 7th full-moon day of the year in...