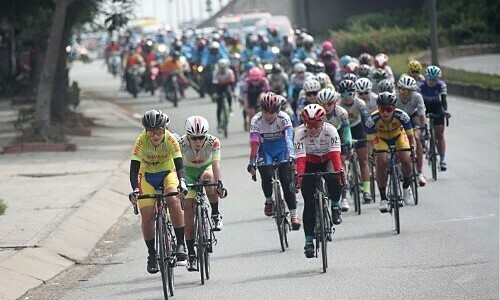 Biwase-Binh Duong topped the team ranking with an overall time of 84:58.38.

The international tournament initially attracted 12 foreign teams. But nine withdrew at the last minute due to fears over the novel coronavirus, leaving three teams from Australia, Taiwan and Thailand.

Administrator - 24 October, 2020 0
​An exhibition featuring traditional costumes of ASEAN nations is taking place at the National Museum of Vietnamese History in downtown Hanoi.

Administrator - 24 October, 2020 0
Hanoi’s double-decker bus service has been reopened today, October 17, after a long suspension due to Covid-19.

Administrator - 24 October, 2020 0
October is considered the most beautiful cloud hunting season in Sa Pa, Lao Cai. In this season, hundreds of couples, families, and groups... flock to the mountainous province to conquer the splendid Mount Fansipan.

Administrator - 12 September, 2020 0
Top-flight club volleyball resumes in October in Vietnam and the national U23 championship will make its debut the following month.