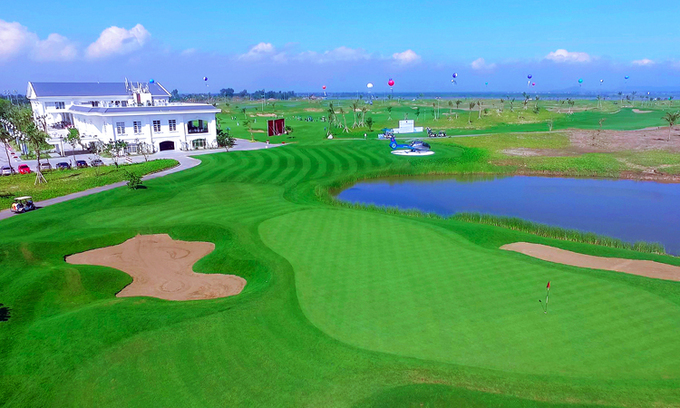 The October 16-18 FLC Samson Championship marks the return of domestic professional golf to Vietnam after an eight-month hiatus caused by Covid-19.

The event, the second professional golf tournament this year, is open to professionals and golfers with handicaps below 9.1 for men and 13.1 for women. It will be played on 54 holes, but those who do not make the cut will be eliminated after the 36th hole.

The top 32 players will later compete for the top prize and the championship title.

According to the organizers, all players who pass the qualification rounds will receive cash prizes, while amateur players advancing to the top 32 will have their performance records counted in the World Amateur Golf Ranking (WAGR) instead.

The VGA had held the year’s first professional golf tournament, Vinpearl Hai Phong Championship, in February before all other VPG Tour events were postponed due to the Covid-19 outbreak. It announced later that four other professional tournaments will take place in November and two in December.

Golf pros in Vietnam had an official competing platform for the first time in 2018 when the VGA established the VPG Tour.

Administrator - 18 August, 2020 0
The national chess team of Vietnam will face strong opposition including China and India in the top division of FIDE International Chess Olympiad 2020.