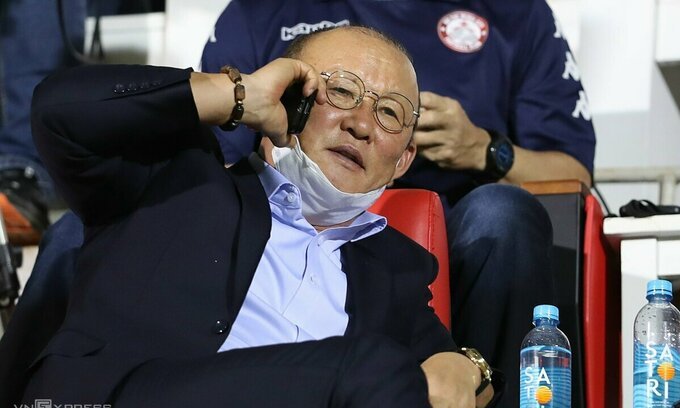 The senior and U22 football squads will have training camps in November and December after domestic leagues conclude.

The former will gather in Hanoi from December 6 to 28 to train for the 2022 World Cup qualifiers and AFF Cup, which have been postponed to 2021 because of the Covid-19 outbreak.

The team will have an extended camp since they have not trained together for over a year. With domestic leagues completed, the players and support staff will have plenty of time to get back into their groove.

The senior team will seek to advance to the final round of the World Cup qualifiers and successfully defend the AFF Cup, which will be played from April 4 to May 8 next year.

The U22 team will train in two phases, from November 2 to 9 and November 20 to 28, with the U21 National League splitting them.

The squad will then be chosen for the 2022 AFC U23 Championship qualifiers and SEA Games to be played next year.

Coach Park Hang-seo and his assistants have been watching leagues to scout for players. The V. League 1 will conclude on October 31 and V. League 2 a week later.

Vietnam lead group G in the World Cup 2022 qualifiers with 11 points from five games. They need at least seven points from the remaining three games to move into the next round.

The truncated year that was in Vietnamese sports