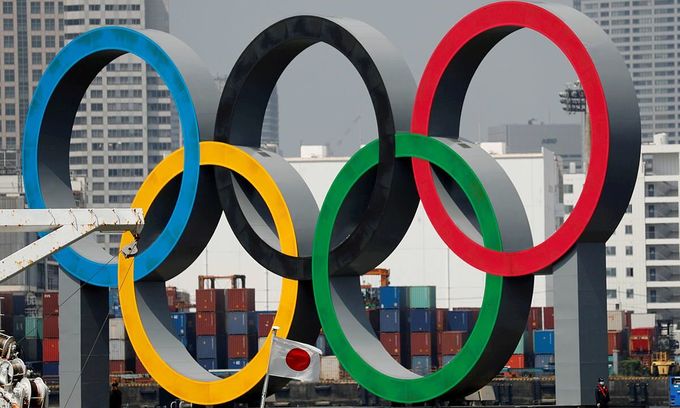 The giant Olympic rings are seen behind Japan’s national flag amid the coronavirus disease outbreak, at the waterfront area at Odaiba Marine Park in Tokyo, Japan, August 6, 2020. Photo by Reuters/Kim Kyung-Hoon.

VTV has announced the purchase of broadcasting rights for the Tokyo Olympics, with two days left until the event.

In the announcement, the national broadcaster stated: “VTV has reached an agreement with a partner on Olympic broadcasting rights. Currently, VTV is rushing to complete the work with partners and will soon reveal the broadcasting schedule.”

The Tokyo Olympics will take place from July 23 to Aug. 8 in Japan. The world’s biggest sporting event is held every four years with the participation of top athletes.

During the past three years, VTV has made efforts to negotiate Olympic broadcasting rights.

Initially, the price offered was 20 times higher than that for the 2016 Rio Olympics. Due to disagreements, both sides failed to seal the deal.

Fortunately, by July 21, the negotiation process ended with VTV officially holding the right to broadcast the Tokyo event in Vietnam.

Administrator - 2 June, 2020 0
Futsal marked its return in Vietnam with the first games of the national league’s qualification played Monday.