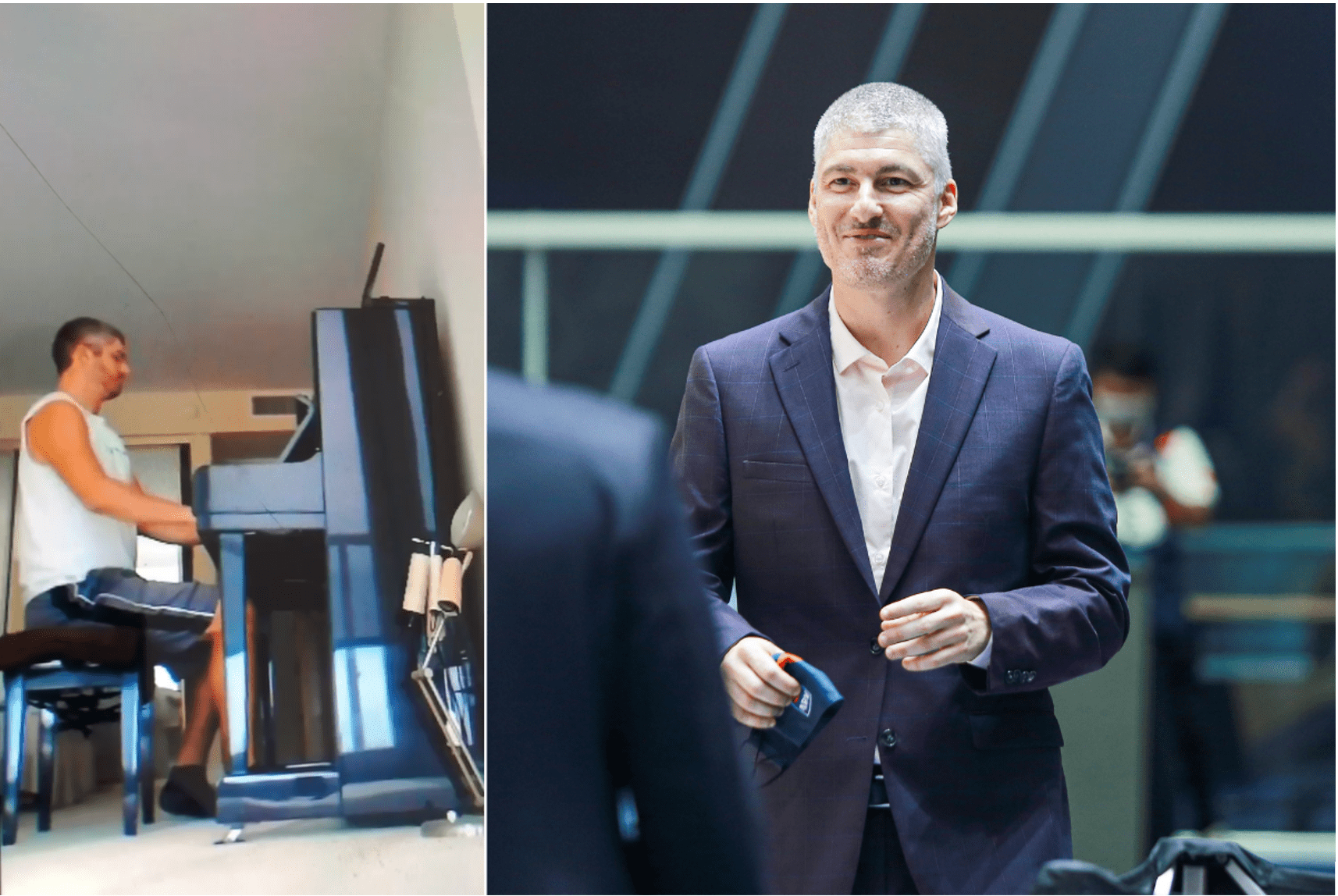 During a home quarantine period for COVID-19 prevention in April 2020, coach Martin Knezevic of Cantho Catfish surprised fans and friends by sharing a video of him playing the piano on his personal Facebook account, which won compliments from his colleagues and friends.

It is known that coach Knezevic can also play traditional percussion instruments.

His players commented that while Knezevic is a disciplined and strict coach, he sometimes makes jokes during training sessions to reduce tension.

Coach Eric Weissling of Hanoi Buffaloes is famous for being an aficionado of cultural and culinary experiences, especially unique Vietnamese dishes.

In celebration of the 2020 Lunar New Year, the coach showed his talent by preparing a meal in the traditional Vietnamese style, with the highlight being fried spring rolls.

Upon the conclusion of the 2021 VBA, Weissling and assistant coach Hoang The Vinh cooperated to treat all team members with homemade chocolate banana cakes during a team gathering and received much enjoyment from the eaters.

A coach off the court

Coach Phan Thanh Canh of Danang Dragons, who is the only domestic coach at the 2021 VBA, often spends his free time giving his little son, Phu Cuong, basketball training.

Thanks to that, Cuong, who is now only six years old, has been able to perform many ball maneuvers.

At the 2021VBA, Canh helped the Dragons gain six victories after nine games — a remarkable achievement.

The victories of Danang Dragons were emotional treats for spectators as they often included comebacks against strong opponents, such as Cantho Catfish, Hanoi Buffaloes, and the Vietnamese national basketball team.

Vietnamese striker nominated for Asia’s Player of the Week title

Administrator - 24 March, 2021 0
Former Barcelona president Josep Maria Bartomeu was arrested on Monday as part of a police investigation into last year's 'Barcagate' scandal, a source with knowledge of the case told AFP.